This is my version of the long told tale of The Emperor’s New Clothes by Hans Christian Anderson. it describes such a story where two men have the choice to do work or not which could easily impact somebody’s life in great amount. Check it out for yourself.

To create this remixed interactive story I had used one of my most memorable childhood stories that I was taught and knowledge that I had learnt on the way up from my teachers. I had created scripts based on the original as well as creating an alternate ending to fit what I had wanted to see go on in the story and how they may turn out differently. I used the program scratch to create the animation above using all the information and process I had built up to get to where that had ended up being. I also used the program called storyboardthat to help me build a visual view upon my script before I had created the animation. If I were to give future people who would like to recreate something like this would be feedback is KEY. If it weren’t for feedback from my friends my animation wouldn’t be at where it is now. It tok me approximately less than a week to complete the animation itself, but all together it took me about two weeks to get everything I needed in order especially in the plan I had created which is also a KEY element You need to organize your time properly because I know that without my plan I would have procrastinated and would have never gotten this done. 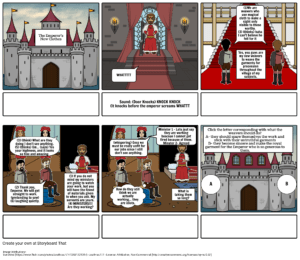 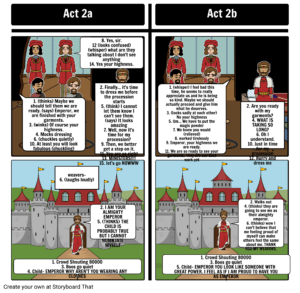