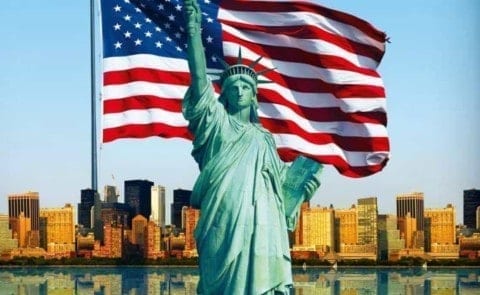 Since my last post, I have taken more time to study up on the electoral college and the many viewpoints on it.

My research has given me more pros and cons. One of the cons is that it creates safe and swing states. Since now whole states can be decided for a certain candidate by having just over 50% of the state vote for one party, it means that the votes of citizens who follow a certain party won’t matter since their state has historically leaned to only one party. Some safe states are California and Texas for example. Another major concern is the unequal distribution of electoral college votes for each state since the smaller population states have large amounts of votes so that they can feel that they are represented as much as a state that could have twice as many residents.

Some pros, however, would be that it increases the voting power of minority groups since they can help change the decision of a whole state on which candidate to favor. Another pro would actually be something that’s considered a con to many. The whole concept of the distribution of votes to each state is considered a pro since it lets the smaller states feel they are still important in the process of voting or a president and makes them seem like they are represented fairly.

So, my research has to me, personally, made the electoral college still seem rather unnecessary but it also creates some reasonable arguments for it, so the more I learn the harder it is to formulate a position on it. Looks like this topic will take quite a while to really figure out…

I liked how you wrote about both the pros and cons of the electoral college. If you added more details on each side I think it would help develop a strong point. I also think that if you incorporated a couple quotes from politics on this topic it would allow readers to see multiple people’s viewpoints.

I appreciate the pros and cons list you have given us. I agree with Erin’s approach to the situation, stating that as your list of pros and cons shows, the system is not all bad or all good. Instead of outright abolishing it or allowing it to continue to be a sour topic, proportional representation would be a more fair system. You stated that the electoral college helps minorities, however this turns our many times not to be true. For example, areas of states are often highly concentrated with either minorities or whites. Because of this, in a 5 district state, 2 districts might go Dem while the other 3 go Rep. The electoral college would hurt these minorities because their 2 districts would still have to vote Rep, because that is how the majority voted. A far more fair system would allow the 3 Rep districts to vote Rep, and the two Dem districts to stay with their Dem vote, instead of being forced to switch to Rep. In this way, proportional representation is a solution to many problems the electoral college brings.

I enjoyed this post because I have had the same question for a while. I have heard arguments on both sides that the electoral college is bad because of this or that the electoral college is good because of this. I don’t really know what I think of it at this point because I have not looked at all the evidence but I do think that the pros and cons that you have listed are very good and very convincing for either side.

I agree that this is a very complex topic and there are a lot of things to consider. I definitely understand why the Founding Fathers put this system into place, but I don’t believe it is as important now as it was back then. If we are to keep this system in place, I think one way to solve the problem you mentioned of safe and swing states is to move to proportional systems, like Maine and Nebraska, instead of winner-take-all systems. This would allow us to keep the electoral college alive while giving a much more accurate representation of the desires of the American people.

I liked the pros and cons you brought up. I personally support the electoral college because it makes the entire united states voting population matter, but you bring up a good point with safe states and swing states. I don’t think swing states are necessarily bad though. Good job, thanks for sharing the info.

I’m currently writing a paper about this topic, you can check it out for more information! It’s not done, but it will be soon lol https://docs.google.com/a/bearworks.jackson.sparcc.org/document/d/1CF_yBJtGsRWMcS2dxwLUF5KDnD82gGkvPwqr0r_JpEM/edit?usp=sharing