The Electoral College and the Popular Vote

Home The Electoral College and the Popular Vote 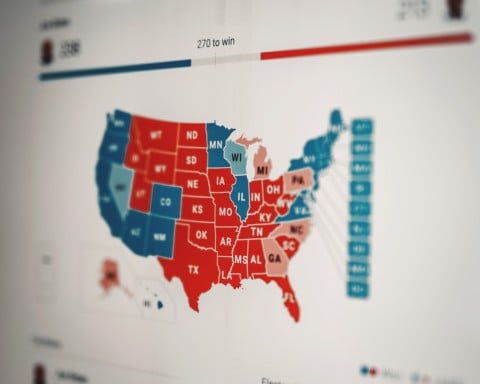 The electoral college is something that is on everyone’s mind after the previous two presidential elections. Most will admit that to some degree the electoral college is flawed, however, the disagreement comes whether or not we should repeal and replace it and if so, what would we replace it with? The most common solution is often the popular vote.

An article by the New York Times compares the two voting systems. They begin by asking the question if we elect all other governmental offices via popular vote why is the system for electing the president so different. This ushers into a conversation on how it works. Beginning with the electoral college, the electoral college has a designated number of electors assigned to each based on population, totaling at 538 electoral votes. In most states, all of the states electoral votes are given to the winner of the popular vote in that state. However, in Nebraska and Maine, they have districts that are each represented by one elector. The popular vote in each district determines which way the elector is expected to vote, making it very possible for the state total electoral votes to be split. The candidate with 270 electoral votes, that are cast on the first Monday after the second Wednesday in December, wins the presidency. Also, just because the electors are expected to vote for a certain candidate, does not mean that they are not allowed to break their vow and vote for another candidate, many times, with little to no consequence. Therefore, in reality, it is not the people who choose the president, but rather the electoral college.

A Gallup poll estimates that 61% of Americans support abolishing the electoral college in favor of the popular vote which would standardize the way we elect all officials. This however begs the question, “How can this be done?” One route would be a constitutional amendment, which would require two-thirds approval from both the House and Senate and ratification by the states, or a constitutional convention called by two-thirds of the state legislatures. Due to the division in congress and around the U.S, rather than put their hope in an unlikely amendment, many hope to simply reduce the importance of the electoral college. Fifteen states and the District of Columbia, which together control 196 electoral votes, have signed on to an interstate compact in which they pledge to grant their votes to the winner of the national popular vote. However, this will only take place once the compact has collected enough electoral votes from other states to total 270. Due to this and many other issues surrounding the college, this problem most likely will end up before the supreme court for them to make the decision, which may be the easiest path to reform.