The Effects Domestic Violence has on People

Home The Effects Domestic Violence has on People 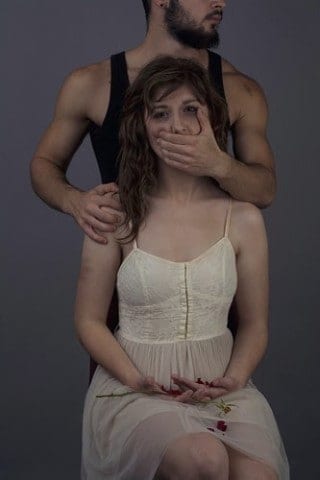 Also not only the victim is affected by domestic violence but the family also is affected in their life because they experience seeing the trauma. In the article “Domestic Violence: Long Term Effect” they state “Those boys who witness their fathers’ abuse of their mothers are more likely to inflict severe violence as adults”(The clark county prosecuting Attorney). This source is credible because it’s a .org site. These words are important because the abuser that committed the crime of Domestic violence gets passed on other generations. This is important because without stopping domestic violence the cycle will continue for many generations until the victim gets help or the domestic violence stops. This quote is unique because we can see how the fathers influence their family.  Additionally in the article “Domestic Violence: Long Term Effect” they address “When a mother is abused, the children may feel guilty that they cannot protect her, or that they are the cause of the strife. They may themselves be abused, or neglected while the mother attempts to deal with the trauma”(The clark county prosecuting Attorney). This source shows how the the victim and the abuser don’t realize the affect domestic violence has ne the kids in the future or in the present. The keys words are guilty and abused they are important because they address the problems children in the family might have without anyone noticing them or helping them. This quote is unique because we realize children getting  hurt physically and mentally without anyone caring for them and helping them get help. In conclusion, domestic violence influences children who experience it to do it to other people. Intergenerational trauma can have a negative effect on different generations in a family.

Often people ignore the abuser because they committed the crime but without anyone helping them, they can also be affected in a negative way. In the article “Understanding Domestic violence” they state “Among men who had been arrested for domestic violence at least once, 71% were arrested again over the next nine years” (New York State). The keywords show how the abuser will never learn from what he is doing wrong. This is important because they will not only be charges for abusing someone but they can be charged for other crimes. Many people believe that going to jail will allow them to learn from what they did wrong that is incorrect because many keep a lot of anger in themselves. This may later affect other people because they may be the victims of the abuser when they take out their anger on them. In conclusion the abusers condition increases to become negatively because they are not receiving the appropriate help. Jail might just make them angier which will cause them to express their pain through domestic violence.

Some may argue that no one except the victim are the most affected. They might say this because they are the ones experiencing domestic violence. This evidence is from women who lives in Oakland. She is trustworthy because she has lived in Oakland for 20 years. She states,” Domestic violence destroys people not only the victim, the respect also gets lost between the family and the kids might get themselves into drugs to forget problems they experience seeing”(Gonzalez).This shows how the family gets affected and tries to forget about the problems at home. This quote is unique because we get to see the other perspective people/adults might not realize how much domestic violence affects them by just seeing it happen.

In conclusion, domestic violence can have a large unacceptable impact on not only the victim being abused, but also the family who experience seeing the trauma and the abuser causing domestic violence to occur.

Dear Andrea,
I really like how you brought up all of the health issues mentally and physically that happen to the victim. I know a lot of people think its either one or the other but not as much both. In your post, you made it seem like there is a downward spiral when it comes to domestic violence but not only for the victim but also the abuser. Just like Jordan said, you really attacked the topic in all different angles to shine the light as to what is truly going on in domestic violence. I also appreciated how you included that even families are involved and hurt by this. There really are so many ways an entire family could either crumble or become stronger. You did a fantastic job sharing this information on this touchy subject.

Dear Andrea,
I agree that not only the victims get affected by this but the people who witness the abuse are also affected. One of the sentences that you wrote that stood out to me was “The keys words are guilty and abused they are important because they address the problems children in the family might have without anyone noticing them or helping them. This quote is unique because we realize children getting hurt physically and mentally without anyone caring for them and helping them get help.” These sentences stood out to me because it shows how children are affected by this since they’re witnessing it from their parents and people might not know that they’re being affected by this which leads them to having issues while growing up. So it was a good thing you pointed this out for everyone to know. Thanks for writing this. A lot people will learn about how not only the victims get affected but other people too.

Dear Andrea
I am intrigued about your post because most people don’t think of the negative affects of the abuser or that they feel anything at all. It mad me realize that hurt people, hurt people yet we only think of how abuse impacts the victim. One sentence you wrote that stands out for me is,”Often people ignore the abuser because they committed the crime but without anyone helping them, they can also be affected in a negative way.” I think this is important because the more we help the abuser, the more we can alter the way they see and react. Another sentence I noticed that was associated with the woman was, “Women who have experienced domestic violence are 80 percent more likely to have a stroke.” This stood out to me because we never really understand the full capacity of what pain we can take. Not many people know how awful and often this can happen. Thanks for your writing. I look forward to seeing you write next, because I would love to see your opinion on hard topics such as this. You showed me both sides, the victim and abuser.
Best,
Isabel

Dear Isabel,
I am happy that you read my post about my post “The Effects Domestic Violence has on People”. This makes me happy because people need to look at different perspectives. I believe the quote ”Often people ignore the abuser because they committed the crime but without anyone helping them, they can also be affected in a negative way.” also stands out to me. It stands out to me because the abuser needs to receive attention to get help. This post reminds me of something that happened to me. One time time i did a presentation to represent the perspective of prisoners. No one really helps see why the prisoners/abuser do their actions. I also really appreciate how you are now aware of different perspectives Thank you for writing I hope to hear back from you.

Dear Andrea,
I agree with your post “The Effects Domestic Violence has on People” completely. The picture that you posted at the beginning is deep and really sets the tone of the topic that you are about to talk about. Your post attacks the problem from so many different perspectives and on so many levels that a person that reads this post will completely understand what domestic violence is and the affect it has on people in a domestic violence relationship.
A sentence that you wrote that really stands out to me is “Also not only the victim is affected by domestic violence but the family also is affected in their life because they experience seeing the trauma.” This stood out to me because you’re explaining how its so much more than just the person in the relationship being effected its almost everything and everyone that is involved in that persons life as well and society does not acknowledge that at all.
Thank You for sharing your knowledge and thoughts in this post and I look forward to reading more of your post.