Home The Effect Of Violence On Youth, Oakland California 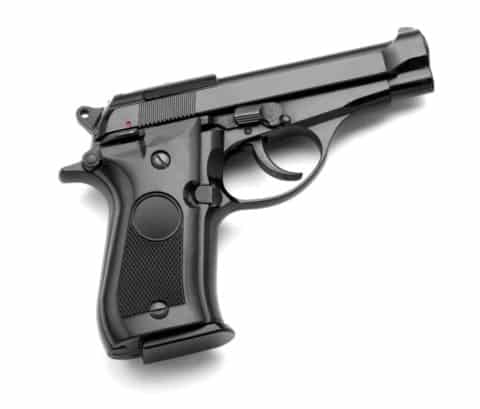 Do you know about the city of Oakland? If you do and don’t live here you might think this is a bad city and it’s not your fault. Oakland has a lot of violence but who does it affect more? Oakland is called the capital of violence and that makes people away from Oakland think terrible things about the city. However, no matter people’s opinions, it is important to think about who is affected the most. Based on my research and interviews, violence affects youth the most because it builds an unsafe and violent community for them.

To emphasize this point of living in fear because of surrounding violence it is important to turn to the article titled,”Understanding the Relationship Between Hyper-Violence and Educational Disparity: Listening to the Voices of Latina Youth From Oakland”, written by Yanira Madrigal-Garcia, a San Jose state university student. Her article said,”This study concluded that the hyper-violence that exists in Oakland impacts the girls directly. They live in fear and are driven to live by a code of conduct to prevent victimization” (Madrigal-Garcia). Violence in Oakland impacted young girls making them fear the streets of Oakland. Not only is this saying that young girls are afraid of Oakland but it also says that they live in fear and that they live by a code of conduct in order to not be harmed or be a victim of violence. What this means is that young girls are living a life that they have to follow or else they will be harmed by the outside world. This show that youth are being impacted by the violence in Oakland.

To extend further on, violence affects youth because they can get involved in violence because it is all around them. In a interview with an Oakland high schooler, Anthony Garcia an Oakland citizen for 15 years, he said,” Youth get into violence mostly because of the violence going around in the community”(Garcia). This shows that the violence in their community affected them making them violent and choosing a terrible path. What this quote is telling us is that violence is passed on creating more violence and affecting youth so they could get into the violence.

In conclusion, Based on my research and interviews, violence affects more youth because it builds an unsafe and violent community for them. This is true because violence has made them, violent, insecure and fearful. The youth in Oakland have become the most kids living with fear and the most violent. What can we do? Only time will tell.

I interview Anthony Garcia because he lives in oakland and he also has had experience of violence here and he can talk about how it impacts the youth.

Madrigal-Garcia, Yanira. “Understanding the Relationship Between Hyper-Violence and

Educational Disparity: Listening to the Voices of Latina Youth From Oakland.” SJSU

Oakland’s youth fear the outside world living encapsulated in their houses. This source is credible because Yadira Madrigal is a college student in San Jose State and has studied about the violence in oakland.

Oakland youth are being affected by the violence going around them making them fear their community. this source is credible because Debra Mendoza is in expert in law and knows how violence works.

I interviewed Elvira Rivera because she lives in Oakland and she has had experience of violence there.

I am thrilled by your post, “The Effect of Violence On Youth”, because violence is an ongoing issue that affects many. It’s a sad issue but it’s the reality we’re living in. You mentioned that not many African American and Latino children feel safe. It’s always ethnic minorities that feel threatened and attacked by what society has portrayed them as. One sentence you wrote that stands out for me is, “Young girls are living a life that they have to follow or else they will be harmed by the outside world.” I think this is an interesting point because nowadays we hear about girls being under attack because of the way they dress and how they should act. No girl should ever have to feel unsafe when walking out the door. All in all, violence only creates more violence. I truly believe that we have the power to make better choices. It’s in us to be the change. This all an ongoing process and I agree with the fact that only time will tell. Stay grounded!

Hi Diego, I’m glad I had the chance to read your post. You’ve chosen a really important topic and drew on some very helpful sources. The Well Being Scorecard evidence really helped to make your point in a clear and stark way. I’m curious what the rates are in other areas near but different from Oakland. Were you able to compare Oakland to other communities? Since this is clearly impacting youth, I wonder what you think schools and teachers can do to help young people and communities. What would you recommend people do to help solve this issue?

Thank you for your thoughts on violence in the city of Oakland. I am not going to lie, growing up in Southern California I have always heard those nasty things that were said about Oakland. However, I know based on the things that I have watched and from my visits up there that Oakland has a very rich history in which the people that lived there stood for something great and from what I can see still do. There is no doubt in my mind that things will get better and people will realize that the youth hold the power towards making change.

Diego, you have done an awesome job with this argument. I appreciate you posing the question at the end. How can we make young people feel more secure when they are in an environment of violence? I think we can begin by tracing where this violence comes from. Societal oppression because of class, race, and gender makes violence and crime inevitable. By identifying these problems, we can begin to find solutions. In my opinion, education is the first step in closing those wealth and achievement gaps. You are right, time will tell how we can make these communities more safe. I think you could make a stronger argument if you trace how these communities have become so violent, and cite things like systemic oppression and an unfair justice system. Keep it up!

Congratulation you have decided to comment on this vlog. One thing i liked about your comment is how you appreciated my math skills. I really liked how you addressed that I did a good job. I would ask questions if I had some but this vlog is more irelevant than other blogs about rape or human trafficking or something like that.