The Effect of Mindfulness on the Brain

Home The Effect of Mindfulness on the Brain 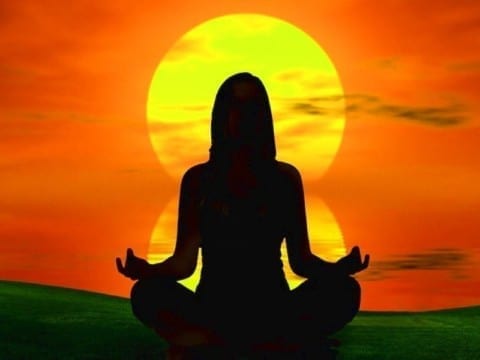 To point to a more specific form of alternative medicine, the one topic that has been researched numerous times over the years has been mindfulness practices. Although they may seem too small or short to have any effect, it has been proven to positively alter brain function. The practices originate from old Buddhist traditions and have slowly evolved into areas of yoga, therapy, and alternative methods. The idea behind mindfulness is to notice thoughts as they come and go, to be able to stay in the present and notice certain sensations that arise during the practice, and eventually learn how to control thoughts that are troubling. It is a form of coping therapy for anyone who needs to learn the ability to control emotions, actions, and thoughts.

The body’s response to stress originates in the amygdala, also known as the “fight or flight response area.” The amygdala is thought to be apart of the limbic system, which is home to emotional responses, survival instincts, and memory. Therefore, the amygdala is closely associated with many other parts of the emotional brain such as the prefrontal cortex. Recent MRI studies have shown that after several intensive mindfulness therapy sessions, the amygdala shrinks. As the amygdala shrinks, it is unable to secrete more adrenaline in response to stressful situations, leading to a more correct and appropriate emotional and behavioral response. While this shrinking occurs, the prefrontal cortex becomes thicker, which is associated with awareness, decision making, and concentration. With these connections becoming thicker and stronger, the prefrontal cortex is able to establish better connections within the body. Obviously mindfulness practices cannot cure any disease, but the idea is that it lessens or alleviates several symptoms associated with severe disorders.

Adrienne Taren, a researcher studying mindfulness at the University of Pittsburgh conducts research that support the benefits behind these practices. She says that “The picture we have is that mindfulness practices increase one’s ability to recruit higher order, prefrontal cortex regions in order to down-regulate lower-order brain activity.” In other words, as we experience stressful situations, mindfulness practices can train the brain to supersede the primal reactions with more thoughtful ones.

A lot of the issues associated with diseases such as schizophrenia or bipolar disorder are depression, anxiety, behavioral issues, social disorders, and many other prolonged symptoms. With mindfulness practices, patients can learn how to regulate their emotions and become more aware of what they are feeling and thinking. With many mental disorders, patients may become violent. For example, if they have been practicing mindfulness, their amygdala will secrete less adrenaline when they are put into stressful situations. This will control their emotional and behavioral response in the sense that they will react in a less intense manner. This is no cure, of course, but it is a form of therapy.

The future of alternative medicine is optimistic, especially as neuroscientists are able to conduct research and MRI’s that lead to concrete evidence. This is what science is- proven facts. The mindfulness practices cannot be taken seriously if there is no evidence that it has an impactful effect on the brain. If there was no way to measure it, many doctors that deal with patients who experience physical and emotional pain would not recommend it. Many yoga instructors are the ones who help with mindfulness practices, as almost all sessions begin and end with a mindfulness practice. They are as simple as “close your eyes and breathe” or “notice the sensation you feel when you wiggle your toes.” They are things one can do at home while listening to a yoga tape or simply taking time to practice it right before one goes to bed. It is simple and beneficial for all. Anyone is capable of practicing mindfulness.