The Dog and the Sparrow Remixed

Home The Dog and the Sparrow Remixed 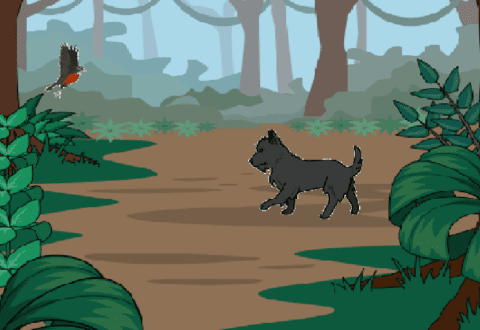 This is my take on a fairytale you may or may not have heard – the Dog and the Sparrow. Its purpose is to teach its viewers the importance of morality. I have taken this story, originally by the Grimm Brothers, and have animated it; however, I have also changed up the plot a little bit. Instead of the main character making a negative choice and facing the negative consequences, as we all know most fairy tales go, the viewer gets to choose whether or not the main character’s decision will be positive or negative. It’s a new, fun twist on the stories of morals. Hope you enjoy it!

To create this animation, I had to first write a script (this is my script). Then, I took that script and made three Storyboards out of it, one for each Act of the story, or each version of the Act. I had to import everything from these Storyboards to scratch.mit.edu afterward, where I used Scratch’s coding to animate it so that the viewers could choose the ending of the story and shape the plot themselves.

These are my Storyboards: 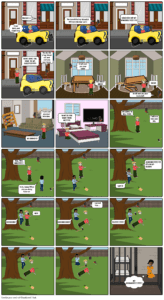 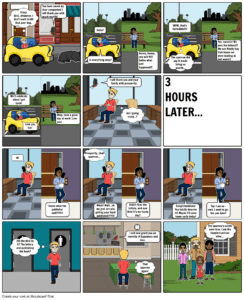 Hi, I liked how you turned your writing into an animation, especially one with multiple plotlines.