The debt we must pay

Home The debt we must pay 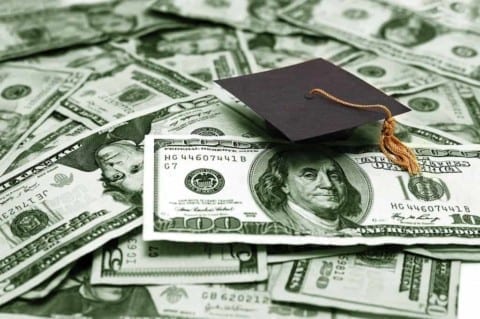 American students owe 1.5 trillion in student debt. As the numbers it costs to get a college education continue to rise, students feel the pressure to compromise their educations. The issue of the student debt crisis is one that can be turned around. Systems in other countries, where students can leave their education with minimal debt can serve as models for solutions that we can adapt in the U.S. Creating a new system by implementing new rules that have been shown to be effective is necessary for fixing the student loan crisis.

A student in Australia borrows roughly the same amount of money that a student in the U.S. would to pay for college. Although, the differences between the U.S. system of debt payment and the Australian system differ greatly. In the U.S. student loan payments begin right after graduation although in Australia, payments don’t begin until the borrowers salary reaches a threshold of 40,000 Australian dollars(about $28,300). Another difference between the two systems is that in Australia payments fluctuate based on pay increases and decreases, whereas in America student debt payments are consistent. These leniencies in the Australian system of student debt make paying for college a more realistic choice for students.

In order to fix the student debt crisis we must implement new rules into our current system to prevent universities, especially for-profit universities, from misusing government subsidies. An article by Forbes magazine included the quote “For-profits make up only 12% of enrollment in the higher education sector, but they take 25% of all federal aid and represent half of all student defaults.” The same article proposes not giving private universities grants at all or eliminating student loans from these institutions.

The student loan crisis is an issue that can be solved in time with the right implementation of new systems and rules. Other countries can be used as an example for the direction that our student loan system should take, and light needs to be shed on universities that are taking advantage of money for financial aid. With these things in mind the student loan crisis can be greatly lessened with time.

Leonhardt, Megan. “This Map Shows the States Where the Student Loan Crisis Hits the

This is a topic that is very important in today’s society. I found it most interesting that Australia’s payment system waits for students to have a higher income level. In the U.S., it is expected you start paying immediately. My question is, how do you propose the United States implements these methods of payment? You gave a brief explanation of the system, but not exactly how this system would work in the United States. I actually found an article (https://www.nytimes.com/2016/07/10/upshot/america-can-fix-its-student-loan-crisis-just-ask-australia.html) that delves deeper into the America/Australia student debt comparison. I think if you further elaborate on how this system would work, I would definitely come back to read more.

Audrey, I think you make some extremely valuable points, but for the student loan situation to improve. America must rebuild it. Or rethink it. We need to look at similar countries with similar systems such as Australia, and learn how to implement that into our system. The way student loans work now is horrible due to students not being able to pay or not wanting to take up a certain loan. Which in the long run is forcing student to forfeit some excellent education at higher end Universities. First tuition prices should be set to a comfortable standard along with available scholarships for everyone, and with proper financial aid. It’s just the small things that can make a difference. If more people/companies decide to help students. The better. It is all about rethink the student loan system.

Audrey, you bring up an important issue in American society today. As I get nearer to my graduation, I am seeing more and more reasons the US college debt crisis must be confronted. I found the way you compared US and Australian student debt to be helpful. It allowed me to see some of the things we need to fix with our system. You might want to look at the article I attached below. It provides some information about how other countries handle student debt. I hope to hear your thoughts in the future. https://www.cnbc.com/2017/10/13/cost-of-college-tuition-around-the-world.html

This discussion really intrigued me. I thought that your research on Australia’s system was amazing. It helped me see a difference in a country that supports education and one the encourages it, but doesn’t support it, like the U.S. I found an article that talks about how U.S. colleges are spending most of their money on unnecessary amenities rather than using their money to help the students. While the student problem lies with the inability to pay off debt, it’s worth a minute to look into why college costs so much. This article might help:
https://www.usnews.com/news/college-of-tomorrow/articles/2014/09/22/why-college-costs-so-much-overspending-on-faculty-amenities

Audrey, this is a particularly engaging topic considering the position myself and many of my friends are in with regards to paying for college. I like the comparison with Australia because it points out the similarities between the two countries and how we can use them as an example. I would be curious to know if you think that there’s potential for their system to fail in the United States, simply because we are different societies. I found this article listed below that describes how the student loan crisis is weighing on our economy. I’d love to hear your thoughts on it. Great work!
https://www.washingtonpost.com/business/2018/10/02/new-report-details-extent-how-student-loan-debt-weighs-prospective-home-buyers/?utm_term=.13da64f30143

This is very interesting Audrey. I’d be interested to know more about where the money students pay in tuition goes.