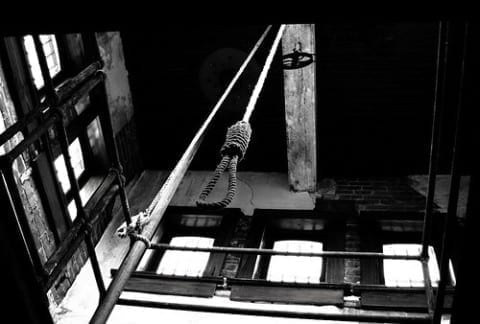 It is known by several names. Death penalty. Capital Punishment. True Justice. The act of being put to death due to a particularly vicious crime has long been employed. In more recent times, the ethical questions of such a severe punishment have been brought caused many nations to do away with capital punishment. As a matter of fact, the United States is when of the few modernized nations that still use the death penalty. Today, citizens and prisoners alike are butting heads over whether to keep the punishment or do away with the death penalty.

As in all debates, the death penalty has its supporters and those who wish to see it abolished. In “Should the Death Penalty be Allowed”, Anne Marie Schubert, JD, Sacramento County District Attorney, states that “In our experience, most survivors want ‘justice’ for the murderers of their family members. Repealing the death penalty will not heal these people’s’ wounds; it keeps them permanently open.” Proponents of the death penalty often use this argument. How could we, as a society, continue to bring pain to these people when the solution is clear?

On the opposite side of the argument, protestors say the death penalty is outdated and unethical. The opponents to the death penalty also state that the cost of trials seeking the death penalty is unnecessarily high. Philip Holloway, a CNN correspondent, wrote in his article entitled, “Time to Question Sanity of Death Penalty”, “The average length of the initial prosecution for a death penalty case — not including lengthy appeals — means more than a thousand extra days of courtroom resources are being used. Judges, prosecutors, public defenders, court reporters, jurors, bailiffs and other courtroom staff are all needed just to conduct a trial, and that means spending a lot of money from state coffers that could have been used elsewhere.” Those opposed to the death penalty do not see it worth the emotional, physical, and ethical costs.

Carlos,
I really enjoyed reading your article. I liked how you presented both sides of the argument and provided articles that included additional arguments and details. This made me more aware of what people think regarding this topic.

Good job on discussing the possible pros and cons of a difficult ethical topic. I like how you summarized the main argument of each side in a concise sentence. One thing that I feel could have been added is possible other solutions to horrendous crime to replace the death penalty. While you give good reasons to keep or abolish it, you did not give a possible replacement. Despite this, you did a good job at citing your sources and bringing in unbiased sides of the argument.

This topic is difficult. I cannot say I agree or disagree with the death penalty. Both sides of the topic have good claims as you have provided. If I were to make a decision I would have to go more in depth in the topic.

I found it to be very good that you included both sides of this argument, which allows for the reader to learn your thoughts, but also obtain some of their own. It is such a tough argument to make, as it mainly comes down to personal opinion, but you did a good job to make it factual. I would just wonder slightly what your own view on this topic is? This is just such as heated topic, and news stations are constantly reporting on this issue, so that might be good resource to get an even wider range of opinions. I will definitely be back to read more.

Carlos, I can see both sides. I feel for the families of those the criminal did his/her injustice against, however I also do believe that their are other ways to deal with criminals that do not take up all those resources you stated. What is your opinion in the matter? Thank you for sharing, I hope to see more of your writing in the future.