The death penalty and when it is appropriate.

Home The death penalty and when it is appropriate. 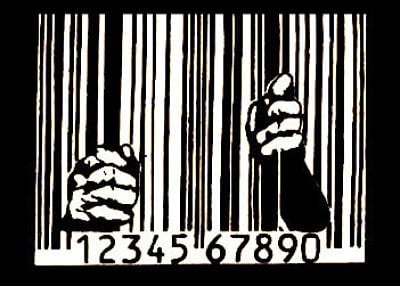 A few hundred years ago, all around the world, the penal system was absolutely. People would be sentenced to death for even the most petty of crimes and nothing would be thought of it. Public executions would be held as a form of entertainment, and average citizens could occasionally participate in the killings themselves. However, our society as a whole has reached a point where the death penalty is a very debated over problem that no group can reach a unanimous decision upon. A lot of factors go into this decision, and the process in its entirety can take months or years to complete, all the while people are having arguments over its usage. So, my question is when is the death penalty considered to be appropriate?

I found a site that discusses the pros and cons of the issue as a whole and it provided a lot of new information that I had previously not considered, such as cost or constitutionality. Though it is considered to be a cheaper alternative than that of a life sentence for a prisoner, the amount that adds up from trials and other events can actually be much more expensive:

“[A]ll of the studies conclude that the death penalty system is far more expensive than an alternative system in which the maximum sentence is life in prison.”

However, there are some crimes so vile that releasing the prisoner would never be a viable option, and having that person around other inmates could cause serious threats to their health as well. So, the only logical way to go about it would be to enact the death penalty. Though it is given in very, very special circumstances, there are usually very good reasons behind it.

I found another website that also offers some differing opinions on the topic, that brings to light even more factors that I had not considered. The first of these is the argument that it teaches the condemned person nothing. Simply killing the person will not make them learn the errors of their ways and will only enforce he ideal that there is no other way to go about life:

“But if that child grows up and murders someone for their wallet or just for fun, and they are in turn put to death, they are taught precisely nothing, because they are no longer alive to learn from it. We cannot rehabilitate a person by killing him or her.”

However, on the other side of the same topic, others argue that the death penalty is not meant to teach the person wrong from right. The people that are given the death penalty are truly the worst of the worst, and to keep them around in functioning society would only be a hindrance. People like serial killers, rapists, and pedophiles should not be given another opportunity to be released into the public where they have the potential to repeat the actions that led to their initial incarceration.

After reading your post I agree with you that the death penalty should be used when appropriate. First of all I believe the death penalty should be used for the worst of all the criminals. Such as one example given by procon.org ,in there death penalty article, it gave a example “in 1984, my mother, my sister and two nephews were cold-heartedly shot to death by an 18- year-old.” They also had another statement “Voters understand that the criminals on death row have been convicted of the most heinous of crimes”(1). To me this shows that the death penalty is for the worst criminals because they have done some of the worst possible crimes. Secondly it deters criminals from repeating crimes which could lead to the death penalty. In a study done by The Crime Report they had two studies one of which stated “Of 368 convicted murderers granted parole in New York between 1999 and 2003, six, or 1.6 percent,were returned to prison within three years for a new felony conviction” they had another studie “The board reported that of 1,190 convicted murderers released from 1985 to 2003 in New York state, 35, or just under 3 percent, returned to prison for a new felony conviction within three years”(2). This shows that the death penalty is a deterrent because although some amount of criminals did repeat it was a very small amount. Finally Americans favor the death penalty and it helps bring closure to the victims family. PBS had an article written by Laura Santhanam, It stated “The verdict, undoubtedly a difficult decision for the jury, gives me relief and closure as well as the ability to keep moving forward,” said transit police officer Richard Donohue, who was seriously injured during a shoot-out with Tsarnaev and his older brother in Watertown, Massachusetts”, they was also a poll taken “80 percent of Americans nationwide favored the death penalty, according to a Gallup poll”(3). This all shows that americans favor the death penalty because 80 percent is a lot of people. And the short story showed how when someone was sentenced to the death penalty it made the police officer feel safer out on the roads and so he can keep moving forward with his job. Overall the death penalty should be used when appropriate especially on the worst criminals, also because it deters criminals to not repeat crimes, it helps bring closure to victims families, and it is favored by americans.

Hey Billy,
This is a pretty interesting topic to discuss, but “when is the death penalty considered appropriate” leaves room for a fairly subjective response. I’ve been conflicted in my own ideas of the death penalty and in which cases (if any) I do or don’t support it. With such an emotionally driven and radical concept, it’s hard to maintain a steady perspective or pick a definitive standpoint.
There are a few questions that come to mind when I think about capitol punishment.
Who are we to decide who deserves to die?
Can people change?
If we torturously execute someone, how are we any less criminal than they are?