The Dangerous Diary: Harry Potter and The Chambers of Secrets

Home The Dangerous Diary: Harry Potter and The Chambers of Secrets 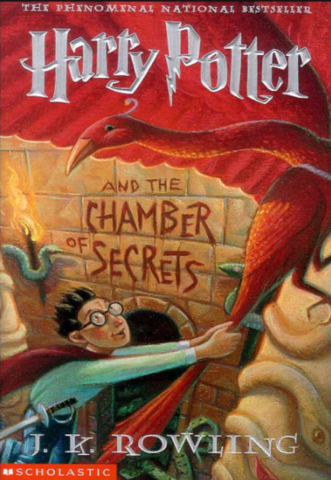 The protagonist is Harry Potter. His story is set at Hogwarts in 2002 to 2003, specifically four privet drive and Hogwarts. The significance of the Hogwarts setting is that this is the only place where Harry can be himself and be loved while doing magic which he is forbidden to do at his aunt and uncle’s place. The significance of the setting shifting from privet drive to Hogwarts is that Harry Potter can do magic. Harry can confront Voldemort and save his friends and the wizarding world. He can be himself and make his magical parents proud.

The book climaxes when Ginny Weasly has been taken into the Chambers of secrets and she has to be saved by Harry but he has to be careful because if Harry looks into the eyes of the Basilisk he could die but he also confronts Tom Riddle to happen to be Lord Voldemort. “‘Why do you care how I escaped?’ said Harry slowly. ‘Voldemort,’ said Riddle softly, ‘is my past, present, and future Harry Potter …’ He pulled Harry’s wand from his pocket and began to trace it through the air, writing three shimmering words: TOM MARVOLO RIDDLE. Then he waved the wand once, and the letters of his name rearranged themselves: I AM LORD VOLDEMORT”

The falling action ultimately resolves the conflict. Fawkes comes to rescue Harry by giving him the sword of Gryffindor and blinding the Basilisk. When Harry killed the basilisk and retreated one of its teeth he was able to destroy the diary which destroyed Tom Riddle’s soul.   It’s a  person v. person type of conflict that’s driving this story. Voldemort had set out that he wanted to kill Harry’s parents and him and by having failed to kill Harry he made it his goal to kill Harry when the time came. Each year Voldemort tries and tries with the help of his supporters to kill Harry and Harry tries to fight him off/ back.