The Correlation Between Alzheimer’s Dementia and Physical Exercise

Home The Correlation Between Alzheimer’s Dementia and Physical Exercise 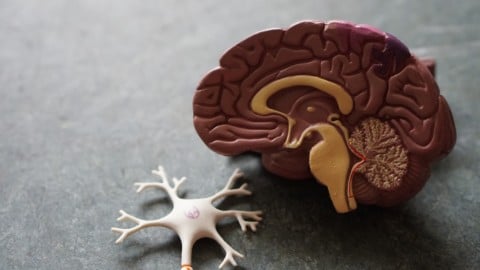 The year is certainly not 2012, but when asked, my grandpa will tell you that it is. Ten percent of people age 65 and older, including my grandpa, have Alzheimer’s dementia, the most common form of dementia, and as a result, mental and physical challenges manifest themselves in every aspect of their lives, such as knowing the year we are in (“Facts and Figures”). Luckily, although deaths from Alzheimer’s have increased by 146% between 2000 and 2018 and there is no cure, research provides encouraging data that demonstrates the preventative influence that physical exercise has on the occurrence of Alzheimer’s dementia (“Facts and Figures”). Whether you enjoy working out or not, participating in aerobic exercise plays a vital role towards reducing your likelihood of being diagnosed with Alzheimer’s dementia, a definitive motivator for lacing up your gym shoes and running those extra miles.

Yes, my grandpa has Alzheimer’s dementia, but the role that genetics has on this disease is weak; rather, lifestyle choices, such as incorporating physical exercise in your weekly routine, are more significant in influencing the rates at which Alzheimer’s dementia occurs. Fortunately, we can choose to alter our lifestyles by implementing cardiovascular exercise multiple times per week in order to combat the onset of the harrowing disease, and according to Dr. Gad Marshall, associate director of clinical trials at the Center for Alzheimer Research and Treatment at Harvard-affiliated Brigham and Women’s hospital, “For 1% of all cases, there are three genes that determine definitely whether or not you will have Alzheimer’s… For the other 99%… many things may contribute to the development of symptoms, such as inflammation in the brain, vascular risk factors, and lifestyle” (“What can you do”). No, you cannot alter your genes, but because you can alter your lifestyle, you can incorporate an exercise routine which will ultimately aid in the prevention of Alzheimer’s dementia, an irreversible and incurable deadly disease. According to Alzheimers.org, “Combining the results of 11 studies shows that regular exercise can significantly reduce the risk of developing dementia by about 30 per cent. For Alzheimer’s disease specifically, the risk was reduced by 45 per cent” which provides an optimistic outlook towards a person’s capability of averting the presence of Alzheimer’s dementia later in life through the preventative measure of integrating an exercise routine earlier in life (“Physical Exercise and Dementia”).

The condition of my grandpa’s Alzheimer’s dementia is irreversible, but it is evident that taking an active approach instead of a passive approach towards preventing Alzheimer’s dementia by integrating physical exercise in your routine now is crucial towards lowering your risk of acquiring the disease later in life. What was once thought to be a disease that is inevitable, especially if a relative had it, has been proven to be considerably influenced by the presence of an active lifestyle instead. After watching a loved one suffer through this destructive disease, I have found solace in the scientific data that the simple lifestyle alteration of incorporating physical exercise into your routine serves as an strikingly preventative measure of exhibiting symptoms of Alzheimer’s dementia.

“What can you do to Avoid Alzheimer’s Disease?” Harvard Health, www.health.harvard.edu/alzheimers-and-dementia/what-can-you-do-to-avoid-alzheimers-disease. Accessed 5 December 2020.

There’s lots of cool potential for spinoff from this post, Sarah, particularly because the difficulties concerning elder-care and care for patients with Alzheimer’s. Whether these patients are in the care of a nursing home, at home with hired help, or at home with just family, providing this kind of care is often difficult, strenuous, and costly. Prevention through physical activity is a key piece in easing some of the burden off of elderly care.

Have you done any reading on the gut micro-biome? Particularly correlations between diet, bacteria in the intestines, and myriad health conditions ranging from mental health, diseases like Crohn’s and colitis, and even certain cancers. A blog on this topic could be a really cool follow-up to this piece!

I am intrigued by your post because it is a topic I didn’t know much about previously. The struggle that is Alzheimer’s disease is made even more terrifying by the fact that there seemed to be no way to deal with it. The idea that there is substantial evidence for a way to prevent this affliction can be a huge comfort.

One thing you said that stands out for me is that “participating in aerobic exercise plays a vital role towards reducing your likelihood of being diagnosed with Alzheimer’s dementia.” I think this is comforting because it shows that there may be hope for combating this disease. Even reducing the chance of obtaining Alzheimer’s is very positive news. This research could potentially lead to finding ways to help people who have started to feel the effects of Alzheimer’s and one day lead to slowing its progression.

Your post reminds me of the countless stories I have heard of Alzheimer’s taking grandparents and other loved ones from people. I have heard of parent’s forgetting their children and spouses forgetting each other. These cases are extremely painful for both the person suffering from Alzheimer’s, as it can leave them very confused and scared, and their family members who are understandably hurt.

Thanks for your post. I look forward to seeing what you write next because your posts are very interesting and insightful. They are very relevant to today’s world and are well-thought out.