The Conundrum of Food Waste

Home The Conundrum of Food Waste 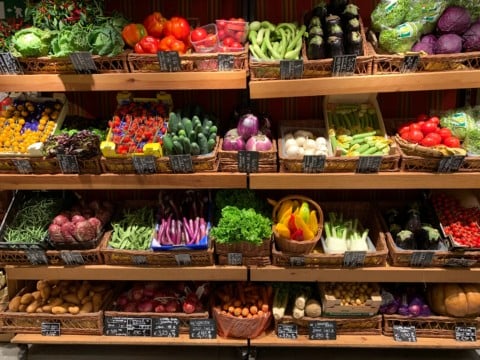 This article from the New York Times talks about the United Nation’s response to the ever-growing threat to sustainability which is food waste. In 2013, the organization set up the Think, Eat, Save initiative to look into the relationships between food production and consumption in both developed and developing countries. Along with the UN Environmental Program and the Food and Agriculture Organization, they created The Food Waste Index Report. In a series of studies, these groups found that there is a huge difference between food waste in developed versus developing countries. It isn’t that less developed countries can’t produce food, it’s that the food produced cannot be distributed or harvested in a timely enough manner to feed the country’s population.

Another major issue with food waste is consumers buy too much food for the week and having it go bad. This problem has expanded along with the middle class. People who can afford to throw away food are doing so and it is having a huge impact on food waste. Even countries with massive homeless and poor populations, like Kenya, have problems with food waste because of their wealthier populations.

Fruits and vegetables are the most likely food group to end up in landfills as the public doesn’t like to consume them past their sell-by date. Around half of the world’s fruits and vegetables are thrown away. The next group of food that is likely to be thrown out is seafood and cereals whose annual waste is around 30%. Finally, around 20% of meat and dairy products are thrown away each year. This waste is damaging because of the number of resources (water, space, and energy) that it uses each year.

Reducing food waste is all about the mindset of the consumer. We have to teach ourselves to only buy what we eat so that farmers only grow what they sell. It is a chain effect that starts with the average consumer.