The Contrast Between Dee and Her Family in “Everyday Use”

Home The Contrast Between Dee and Her Family in “Everyday Use” 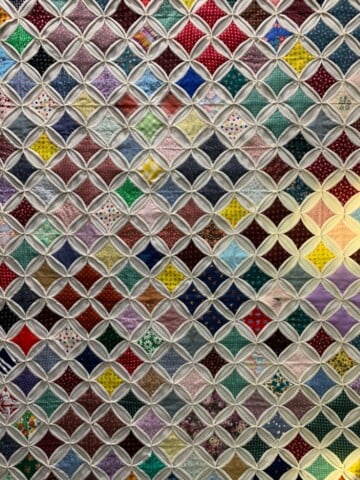 Dee, the protagonist in “Everyday Use,” a short story by Alice Walker, has a few traits that influence her relationships with others.

One, she is educated. Two, she is determined. Three, she is arrogant.

These traits influence her relationships with her mother and sister. We can see it in this passage from the short story:

Her mother thought that Dee was arrogant and didn’t like her sister. Maggie. “I used to think she hated Maggie,” her mother says in the story.  Her mother makes clear in the story that they got Dee educated: “We raised money, the church and me, to send her to Augusta to school.”

Dee was determined to educate her mother and sister by forcing them to get more knowledge than they needed:“She used to read to us without pity; forcing words, lies, other folks’ habits, whole lives upon us two, sitting trapped and ignorant underneath her voice. She washed us in a river of make-believe, burned us with a lot of knowledge we didn’t necessarily need to know.”

In the story Dee’s mother says that her daughter “pressed us to her with the serious way she read, to shove us away at just the moment, like dimwits, we seemed about to understand.”  I think Dee is really complicated because she had good intentions but used the wrong way toward her mother and sister.

The arrogant trait comes into play here when she forces her mother and her sister to get knowledge that they don’t necessarily need.

In the story, the mother describes Maggie like this: “I looked at her hard. She had filled her bottom lip with checkerberry snuff and gave her face a kind of dopey, hangdog look. It was Grandma Dee and Big Dee who taught her how to quilt herself. She stood there with her scarred hands hidden in the folds of her skirt. She looked at her sister with something like fear but she wasn’t mad at her. This was Maggie’s portion. This was the way she knew God to work.”

Before driving off, at the end of the story, Dee “turned to Maggie, kissed her, and said, ‘You ought to try to make something of yourself, too, Maggie. It’s really a new day for us. But from the way you and Mama still live you’d never know it.’”

Dee’s response here deepens a reader’s sense of both her arrogance and her complicated mind, and makes one feel displeased with her.