The Causes of Violent Outbursts in youth (Abstract Available)

Home The Causes of Violent Outbursts in youth (Abstract Available) 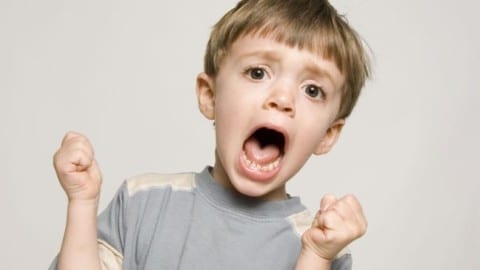 In our developing world more and more is learned about the development of youth. One of the most understudied yet highly present confusions in youth development is the sudden spur of outbursts of violence.  Many theories are developing around the source of the violence found in youth as well as early prevention solutions in hopes of preventing violent outbursts in youth. Many studies are in play in a race to discover whether the source of violence is biological, psychological or something else entirely. Two prevalent disorders seem to be the most likely culprits. IED (Intermittent Explosive Disorder) which is well known for its symptoms of random violence, spasms, outbursts of language and similar such cases. A new and developing theory is that children today with extreme violent behavior may actually be suffering from PTSD. As a newer theory it comes under heavy ridicule but regardless of the reason new prevention methods are currently underway to help children’s growth and development.

The Causes of Violent Outbursts in Youth

The future our society is dependent on its children and their development. Seemingly, there has been a growing concern over the development of our youth. In today’s modern world there are constant reports of youth violence. Whether this an extreme case of a shooting or more common outbursts experienced daily in schools, researchers are in a flurry to discover the cause of violence in youth. Research points strongly that the social experiences of a child and trauma they may have gone through is a pointedly strong indicator of violence levels in children and other youth. Whether it’s gained from family, friends, or teachers, children seem to strongly retain their experiences internally.

The violence I am describing in children is completely random, explosive, and supposedly unforeseeable. However, I believe there are strong pointers to indicate the possibility of violent outbursts. Many children share similar symptoms in these outbursts; they show signs of immediate remorse after they experience a hot flash of uncontrollable and random burst of emotion, often they are out of their own control and have no way to channel any rage they may be feeling except in violence. The Encyclopedia of Mental Disorders (“Intermittent explosive disorder.” The Encyclopedia of Mental Disorders, November 25 2007, p. 1)  describes this most commonly as Intermittent Explosive Disorder or IED. “A disorder characterized by impulsive acts of aggression, as contrasted with planned violent or aggressive acts.” Meaning that children possibly affected by this disorder are not in the same category as violent perpetrators or those who commit actions like school shootings. These normally regular children go through what was originally described as “partial insanity”. These acts can theoretically be biologically explained in abnormal brain growth. While unconfirmed, growing evidence points to unusual brain mechanisms that inhibit motor activity in the serotonergic system. The well known serotonin neurotransmitter is deemed responsible for actions in the “partial insanity” stage. Outside of IED patients, serotonin is most heavily related to mood balance and depression.  Other theories attribute IED to lower levels of glucose metabolism or unusually high-amplitude brain wave forms. These biological theories may provide anatomical reasoning to why children are unable to temper their own rage however, it doesn’t explain where the unexplained rage itself comes from.

Trying to find the source of the problem the  American Encyclopedia of Psychology (Raul R. Silva, M.D., Murray Alpert, Ph.D., Dinohra M. Munoz, M.D., Sanjay Singh, M.D., Fred Matzner, M.D., and Steven Dummit, M.D. “Stress and Vulnerability to Posttraumatic Stress Disorder in Children and Adolescents.” The American Journal of Psychiatry, 01 Aug. 2000, http://ajp.psychiatryonline.org/doi/full/10.1176/appi.ajp.157.8.1229. Accessed 26 Feb 2017.) began a study with the idea that trauma on an equivalent level to PTSD (Post Traumatic Stress Disorder) could explain violent outbursts in children. In a study of 100 inner-city children and adolescents of the same psychiatry clinic, 59 of them were qualified to be considered precipitants of PTSD from the experiences of trauma attributed to them. These children ranged from the years of 3-18 and as the researchers dug deeper, discovered that, 22% of the 59 met the full qualifications for PTSD, an additional 32% had some symptoms of PTSD but didn’t the criteria. Therefore the researchers concluded that “Traumatic experience interacts with factors in the child and family to contribute to the development of PTSD. Trauma that threatens family integrity appears to make a strong contribution to the development of PTSD. Increased understanding of the factors contributing to PTSD may provide additional opportunities for developing effective interventions.” Briefly, this means that trauma caused in the home or family is the strongest causing factor of PTSD in youth. Anything that can threaten the family integrity as a whole is a strong follow up factor. Knowing now some evidence for a biological cause and a psychological source, definitive evidence is the true key to the source of unexplained outbursts of violence in youth.

What is the relationship of violence in children and their social environment? How much of an impact do teachers, parents, and other children impact the mind of a child or adolescent and how much of a lasting impression can it make? To begin with there are a lot of misconceptions about which youth we attribute violence too. According to the gale research article Youth Violence Has Various Causes (Stephens, Ronald D. “Youth Violence Has Various Causes.” Violence, edited by Laura K. Egendorf, Greenhaven Press, 2001. Opposing Viewpoints. Opposing Viewpoints in Context, link.galegroup.com/apps/doc/EJ3010171220/OVIC?u=salt89600&xid=18ec2e5c. Accessed 8 Mar. 2017. Originally published as “testimony before the Congressional Subcommittee on Early Childhood, Youth, and Families,” 1998. Gale Document Number: GALE|EJ3010171220)

a lot of our understanding of violent perpetrators is misplaced. “If 40 percent of the perpetrators had a criminal background, the inverse of this data is that 60 percent did not; If 35 percent were gang-involved, the inverse suggests that 65 percent were not; If 24 percent were drug-involved, the inverse suggests that 76 percent were not.” Stephens specifies saying that “what we don’t know is greater than what we do know.” This means that in our societal understanding, we have yet to find a single ‘outlier’ group in which we can place violent youth. Beyond this these percentages come from the National School Safety Center and the Centers for Disease control, in their own article of School Associated Violent Deaths 1992-1994, meaning this only applies to violent cases in which a death was counted and not the countless violent actions made by children in which there were no deaths.  Furthermore, Stephens makes claims and provides evidence that past victimization and youth who feel isolated, neglected, ignored and ridiculed are the most likely risk factors to displaying violence in a school setting. Additional causes of youth violence include school failure and prejudice and discrimination. These 4 factors on varying levels are all lead indicators to pointing out which youth may end up from suffering from random outbursts of violence.  Now that we can begin to understand the cause, the source, and even what we can look for to suggest violent youth we need to know how to stop this cycle of disordered youth.

The strongest evidence by far for stopping violence in youth stems from Prevention Programs. Simply prevention programs are extra curricular programs designed to further youth education, provide a safe space, a learning community, and provide additional growth and support for youth. The article Prevention, Intervention, and Suppression (Edgar, Kathleen. “Prevention, Intervention, and Suppression.” Youth Violence, Crime, and Gangs: Children at Risk, 2004 ed., Gale, 2004. Information Plus Reference Series. Opposing Viewpoints in Context, link.galegroup.com/apps/doc/EJ3011390108/OVIC?u=salt89600&xid=afaf06ff. Accessed 8 Mar. 2017.Gale Document Number: GALE|EJ3011390108)  provides multiple examples of the many Prevention programs across the country, their approaches, and where they succeed. Many prevention programs use similar tactics to increase their success. Using instructors children can relate to, giving them a reason to continue education or search for a future, and a sense of community and support are the big three in the world of Prevention.

While the answer to the developmental problems of violent youth are still unsolved, every day researchers are growing closer to finding solutions and answers to this pressing issue. As we learn more about the human condition and our brains, we have also discovered key chemical imbalances in things like serotonin or brain irregularities can have major effects on a child’s emotional balance. New and redefined mental disorders like the Intermittent Explosive Disorder are helping categorize symptoms of sufferers for the first time. These biological clues are leading us ever closer to what goes into the development of children. At the same time, psychologists across the country are studying more into the demographics of youth affected by violent outbursts; surprisingly they are learning that often thought agents are not the cause of youth violence, like gangs and drugs, but far more common is the factor of trauma. Exposed in the home, school, and playground, children who experience trauma are for more likely to show symptoms of violent outbursts and even PTSD. To not even be an adolescent and already face the malevolent effects of something like PTSD is something no parent wants to see their child suffer through. Across the country though many children receive treatment through specialized prevention programs. These programs have been to be key in helping treat dysfunctional and violent students. Though, today, we do not have the answer to what causes violent outbursts in youth we have hope for a brighter future in which our children don’t have to suffer.