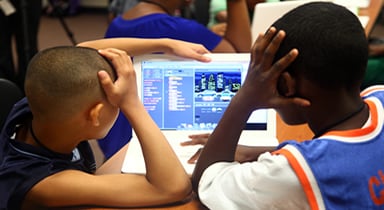 The American school system is broken. “Even so, educational experiences for minority students have continued to be substantially separate and unequal.” As we’ve been going through the years, our school systems have aged, declined, and broken down. Students have been getting bullied, torn down, and have not been getting treated fairly especially when you are a minority. “It’s the measure of segregation that is most strongly correlated to the racial-achievement gap,” says Sean F. Reardon.

A heartbreaking example of how our school system is broken is Isabella, a 10 yr old girl from Davis County UT. Isabella commited suicide as a result of her enduring horrific things and sayings from her teachers and classmates. Brittany Tichenor-Cox who is Isabella’s mother explains that her 10 year old daughter was getting bullied for being black and autistic. As this was happening they brought it to the school system but they did nothing about it. It is now coming into light that the administrators intentionally ignored the information that was brought to them and failed to respond to hundreds of reports from other black students that have been called slaves, the N-word, and threats of being lynched. I feel that this is a huge wake up call for the school systems in the US and many other places are failing miserably. We need to address how our education system is broken and take action.

In conclusion, the American school system is struggling and we need to address that so we can make changes. The longer we wait the worse it’s going to get. It’s horrible what happened to Isabella and many other students around the country. It just shows that the education system is failing its students. We need to take action and prevent this from happening to anyone else.