The Brightness of Education

Home The Brightness of Education 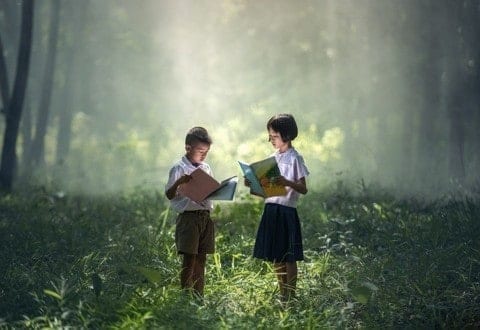 I am thinking about managing my time before every due date. Being responsible is important because you will not have no one telling what or when to do certain stuff.

Reading the three stories that are somehow similar and different in certain way might be so difficult how those stories will end up. A family that fight over a heritage that do not even know where that would lead them after they get it. A daughter who was envious towards her sister because she her sister is more elegant than her. She feels like every trouble that happens in her life, it happens because of her family. whoever comes to their house asks about her sister not her. That even made her not want to be with her family. At that time she did not know the importance of having a family or being a warm environment. The mother was a side lover because she did not love her daughters in the same way. The mother decided to give the quilt to her beloved daughter. In the Lesson it shows where some kids did not have anyone at the beginning to tell them what is life or the reality of life. They thought always waking up and hang on the streets or play bullshit that’s what’s going to make their lives to be improved. Until one day they had a kind person who helped them see the brightness of life which is education. At first they were making fun of the lady who came to help them, they did not realize the importance of being an educated person. This makes me think that they are irregular kids who do not know anything.

Reading these makes me think that maybe they wrote the stories to let people to not commit the same mistakes that they did.

In this society different people are being treated unfairly because of their race or ethnicity. It’s important for everyone to treat people how they want to be treated. Some families need to have a warm environment that everyone can feel loved. Anyone should pay attention to the importance of life and education. “Everyday use” would be a better set for future study because we can learn from it that a person should not get envious or blames people for what happened to them in life. Especially, when it comes to family the people who love you the most in this life and who can understand and help you find brightness for you to be able to know how to deal with your future. It teaches us also for a mother she should show the same affection towards her daughters. Even though she loves one of them most. That way it would make the other one to develop new characters or attitudes that no one has ever known them from that. The importance of heritage, it’s not just because the other daughter is her favorite she is the one who should get the heritage. It has to be split in half and everyone is happy.

In The Lesson the kids did not know the importance of being an educated person. They were making fun of a person who offered to help them see the reality of the society. They struggled being poor and never had the opportunity to go to school. They did fight at the beginning to make all that disappear. That time they did not realize that education is the most powerful weapon that a person could have and no one else can’t take it from him or her. Especially that time was when segregation and they thought that they were not allowed to fight for their presence and their future. They must have honored their past and make their future better than they lived.

In the story of How to Date a Blackhgirl, Whitegirl, Browngirl or Halfie. The narrator was teaching a young adult boy to know different type of race and how to be presentably when meeting one kind of them. The person did not know where to be who to choose because every girl he meets he sees some characters that would make him go to the next one.  The author is making a stereotype about how to behave if you are dating a girl based on their ethnicity.