The Brave: Harry Potter and The Prisoner of Azkaban

Home The Brave: Harry Potter and The Prisoner of Azkaban 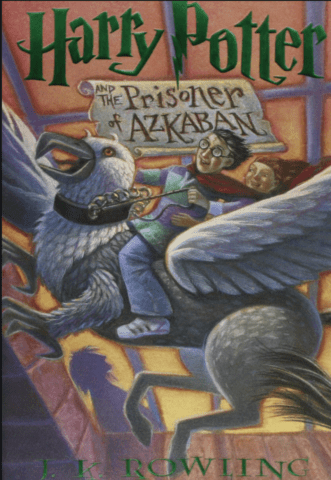 Harry Potter is a dynamic character. His archetype changes over the course of the book. At the beginning of the book, he is the archetypal nobody. This can be seen on page 19, where the author writes: “‘we’ve told Marge you attend St. Brutus’s Secure Center for Incurably Criminal Boys’ ‘What?’ Harry yelled. ‘And you’ll be sticking to that story, boy, or there’ll be trouble’”

But by page 284, Harry Potter has begun to transform into the archetypal upstander.  Snape found the Mauraders Map and he talks ill about his father because he is comparing both Harry and his father in a bad light and Harry stands up for his father.  Evidence of this is on page 284: “He too was exceedingly arrogant. A small amount of talent on the Quidditch field made him think he was a cut above the rest of us too. Strutting around the place with his friends and admirers … The resemblance between you is uncanny’ ‘My dad didn’t strut,’ said Harry, before he could stop himself. ‘And neither do I’”

Harry Potter is no longer the person who lets people walk over him and talk ill about the people he loves.

A reader will recognize that the turning point for Harry Potter comes when he is given the choice to either believe Remus and Sirius or Peter as to who actually killed his parents. Page 372 encourages this belief: “‘Believe me, Harry. I never betrayed James and Lily. I would have died before I betrayed them’ And at long last, Harry believed him. Throat too tight to speak, he nodded”

Hi Emmanuel, I really enjoyed reading this, as a Harry Potter fan myself. I love how you were able to recognize Harry’s character and how he is forced to change as he is put in dangerous situations. I really like how you picked your quotes and how you explained them. As I read them, I was able to imagine the scenes from the movie when Sirius and Lupin find Peter and take him from Ron. I enjoyed this, and I hope to read what you have to write next.
Sincerely, Diana.