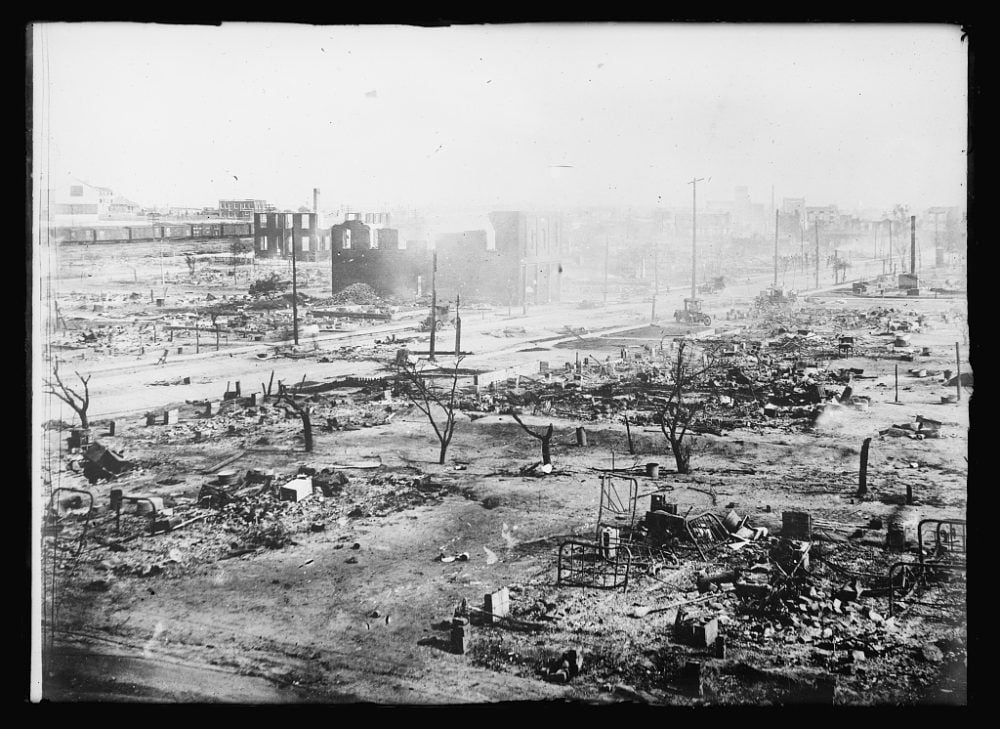 I’m writing to you about the massacre of black wall street: Graphic Novel.

I am a student at the U school and we have been learning about the history of black wall street. I have learned that mobs of white residents, some of whom had been deputized by city officials, attacked Black residents and destroyed homes and businesses of greenwood district in Tulsa, Oklahoma. Also I’ve learned that about 10,000 Black people were left homeless and property damage amounted to more than $1.5 million in real estate and $750,000 in personal property. And the residents that were left stayed silent about the event.  (The Massacre of Black Wall Street.” The Atlantic)

First, I would like to share my reactions after reading and annotating the HBO watchmen sponsored partnership production, The massacre of black wall street : Graphic Novel (The Atlantic).

Something I enjoyed is how the pictures are well detailed and show a lot about the event without reading the novel. I don’t enjoy how some of the people look like Hitler it’s kind of weird seeing them taking advantage of black people.

In addition from reading and research I learned some important social and economic conditions that existed in 1921 that connect to our present-day, 2021. In the History.com article, Entrepreneurs who helped build Tulsa’s black wall street. (History.com) I learned that the founder O.W Gurley purchased 40 acres of land on the north side of the city, and was selling residential and commercial plots to African Americans. Also I learned about J.B Stradford, son of a former slave was a lawyer from kentucky who owned pool halls, shoeshine parlors and boarding houses, before moving to Tulsa. Stratford invested in real estate properties and built the stratford hotel on Greenwood Avenue.

Lastly, I would like to ask a question or offer complement/criticism about The Massacre of Black Wall Street : Graphic Novel. Something I liked about Black Wall street is that once in history black people were wealthy and happy. For black people to experience that in the present isn’t probably gonna happen. Something I don’t like is everything was taken away because a white female got scared of a black male and screamed.