The Best For My Children

Home The Best For My Children 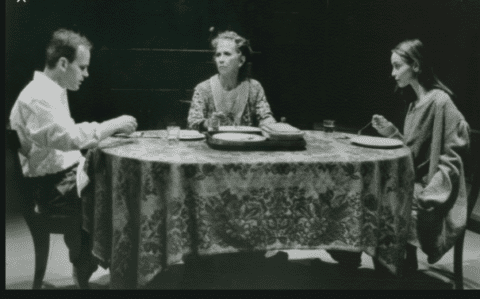 The Glass Menagerie play started with Tom’s narration. For what he described at the beginning of the play they lived in a poor neighborhood. Tom and her sister Laura personality it’s so different, I can say that when they are talking to their mother. Laura is more calm and she listens more to her mother Amanda. But Tom is always defending himself from what her mother says about him.

The first and second of “The Glass Menagerie” by Tennessee Williams” might leave a reader feeling intrigued because Amanda sees that she is too worried about her son Tom and her daughter Laura. She pays attention to every action of them. An example of this is in paragraph 32 “AMANDA [to her son]: Honey, don’t push with your fingers. If you have to push with something, the thing to push with is a crust of bread. And chew !chew! Animals have sections in their stomachs which enable them to digest food without mastication, but human beings are supposed to chew their food before they swallow it down. Eat food leisurely, son, and really enjoy it. A well-cooked meal has lots of delicate flavors that have to be held in the mouth for appreciation. So chew your food and give your salivary glands a chance to function!” This is uncomfortable because Amanda wants to show she wants the best for her son by controlling his actions. For example how he eats. Amanda exaggerates a little bit too much on checking on them.

A reader’s questions might start in paragraph #100 where it says: “AMANDA [faintly, almost inaudibly]: – No. – No. [Then more forcibly.] I did not have the strength – to go to the DAR. In fact, I did not have the courage! I wanted to find a hole in the ground and hide myself in it forever! [She crosses slowly to the wall and removes the diagram of the typewriter keyboard. She holds it in front of her for a second, staring at it sweetly and sorrowfully – then bites her lips and tears it into two pieces.] .” This is important because it shows Amanda ‘s character and personality. She likes to act as the victim because of her daughter’s actions. The author seems to be making the point that Amanda is so dramatic. She cares too much about what people think.

After this part of the play most readers probably will be looking forward to reading the rest of this play because they would like to know if Laura gets married with a nice man as Amanda wants. Or even if Laura does not want to marry Amanda will make her do it. What’s probably going to happen next is Amanda will force Laura to marry an old rich man.

This is an interesting topic Abigail, and I like when you’re talking about needing to savor the food. But I don’t think Amanda is controlling her sons actions but instead strongly suggesting what he should try to do instead. Like how most parents show kids how to things, they don’t force them they just guide them. You brought my attention to this topic and I’m interested in what you’ll post next.