The Benefits and Drawbacks of Gun Control

Home The Benefits and Drawbacks of Gun Control 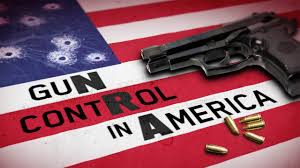 I truly believe that there are benefits and drawbacks to gun control. For example, having gun control can decrease the risk of accidental injuries. “From 2005-2010, more than 1,300 people who were the victim of an unintentional shooting were under the age of 25. Over 30% of unintentional deaths caused by firearms could be prevented by the addition of a loading indicator and childproof safety lock. Even in gun control legislation included safety measures alone, lives could be saved.” (https://vittana.org/). Another reason we should have gun control is that having access to a gun increases the risk of violence. A study by Linda Dahlberg shows that “simply having a firearm in a home increases the risk of a homicide or a suicide occurring. That increase remains no matter how many guns are owned or how safely they are locked in a gun safe.” Another example of this is a study done by Arthur Kellerman, showing that people that live in a home with a firearm look towards a homicide risk that is 40 times higher than people who live in a home without a firearm. “The risk of a firearm-related suicide is 90 times higher when a gun is in a home.”

Although there are benefits to gun control, there are also drawbacks. For example, guns are not the only weapon that can be used for destruction, therefore fewer guns do not change an individual’s intention to harm others. Also, most deaths caused by guns in the United States are from suicides, not homicides. “Out of the 10,000+ firearm-related deaths that occur every year in the United States, more than 7,000 of them are suicides. That data point shows a need to improve access to mental health services, community support, and other resources that can help people in crisis.” (https://vittana.org/) Lastly, having gun control cannot and will not change the value of human life. In most cases, gun violence occurs because people do not have respect for the value of human life.

As I said before, there are benefits and drawbacks to gun control. Many people are afraid of guns because they don’t understand what they are and what they’re real purpose is. I grew up around guns, so I am not afraid to hold one in my hand or shoot one because I know that its purpose isn’t to kill others but to protect people. Most people, including myself and my family, own a gun because they use it for sport or to hunt game. I believe that if a person gets to know how different weapons work, including guns, then they can make better decisions on how and when to purchase or use them. When the United States was first founded, some of the only reasons guns were used for war and hunting game. There is no mention in early United States history about mass shootings in the early days of America. There is a reason for that and that reason is that the people in those days respected life. I believe that if we instill that value in us once more, then that is the biggest protection against gun violence.

You have a very interesting perspective on gun control, and I think you did a very good job of pointing out the valid parts of both perspectives. We as a society really do need to work more on helping people with mental health issues. It’s also good that you support your argument with a lot of facts and statistics.
This article might interest you:
https://gun-control.procon.org

I thought this article was very well organized, and really liked how both sides of the issue were covered. In my personal opinion, I believe the negatives out-weight the positives when it comes to most gun control regulations, but the points in this article brought up highlighted some some aspects of the issue that I have never thought about before, especially when considering accidental deaths. I’ve also written articles about this topic and CDC and FBI statistics really helped me with it, and I think a couple of the statistics could really help with this article and your writing on this topic. But overall, very well written!

Maggie, I really feel as though your article seeks to provide valid information from both sides. Obviously the answer to the mass shooting epidemic is no easy solution, and people will continue to disagree on the matter far into the future. Your article provided views from both sides of the argument as well as statistics to support both sides. Personally, based upon what I can tell from the article, you and I have fairly similar views on gun control. You said, “I grew up around guns, so I am not afraid to hold one in my hand or shoot one because I know that its purpose isn’t to kill others but to protect people.” I too have been around guns since I was a child. Therefore I have no fear of guns, as the gun itself is just a piece of metal. It only becomes dangerous when it is in the hands of the wrong person. I have been taught how to properly handle a firearm and because of this I feel it poses no risk to me. Personally I feel the biggest problem regarding gun control is the lack of proper education when it comes to guns. I am interested in what else you have to say regarding this topic. If you are interested I too wrote a similar article. I will link it below in case you would like to read it.

Hi Maggie, I like reading your post and i especially like how you talked about both sides of the argument. I think the gun control problem is very complicated and doesn’t just have one simple answer. In my opinion more time should be spent on helping people’s mental health. This would help lessen mass shootings and suicides.

I like your argument that is shows that the gun debate is not a black and white debate. I agree that an increase in gun control can lead to a decrease in violence. Here is an article to help prove that point and how deep the gun debate goes. https://www.wsj.com/articles/where-should-the-gun-debate-go-11566341691

I like how this article has a view from both sides of the story. I agree that more gun control would lead to less accidental deaths, as well as suicide. I wrote about a similar topic: Does Having a Gun in the Home Make You Safer?