The Battle Of The Military

Home The Battle Of The Military 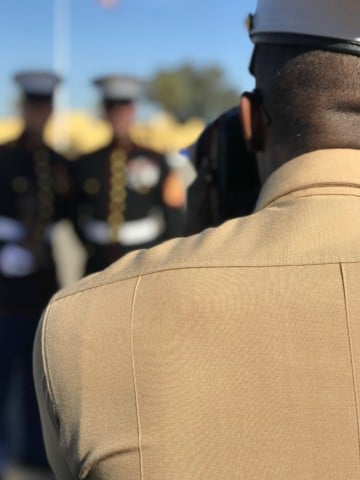 In a article,”Battle at Boot Camp” by Thomas Gibbons-Neff viewed the military; the Marine Corps. He argues that Marine Corps is turning more to gender integration when and doing training. By the numbers shown, only 9% of the Marines are woman of any military branch. What does that really tell you about gender integration? Boot Camp is preparation to defend the country we ALL live in-Men and Women.

Divided by gender and culture rooted in tradition happened to two young people, Jacob James-19-katelin Bradley-19. They both had a disagreement during an exercise when Katelin disagreed and spoke up. He demanded that the men are strong enough and can do it. Jobs are restricted from a women but the men have the greater advantage.

Why are women talked down in the Marine Corps? Boot Camp is to build skills together and become a team. Women can be just as strong as any man in the military. Equality.