The Ant and The Grasshopper Remixed

Home The Ant and The Grasshopper Remixed 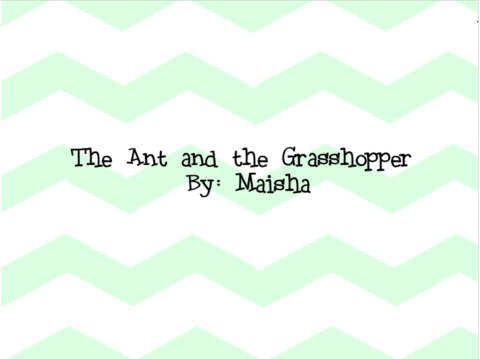 Welcome to my Scratch Animation project! I created a remixed version of “The Ant and The Grasshopper.” The viewers get to choose the decision the Grasshopper makes — should he prepare for winter or not? The ending follows the moral decision.

The script includes the information about the character and the dialogue of the different scenes. Although creating the script was helpful when starting my animation and storyboard, it was fairly difficult to make the script itself. The length of each ending had to be similar, and the total length of the script had to be 3 pages longer. For my tale, the original version, by Aesop, was fairly short, so in the script, I had to expand the tale.

Thanks to my script, the storyboard was pretty easy to create. I simply had to find characters (ant and grasshopper), different backdrops to fit my scene, and add dialogue for the positioned characters. This was the foundation for creating my animation.

Go ahead and watch my animation by clicking the green flag!