The American Dream Is No Longer

Home The American Dream Is No Longer 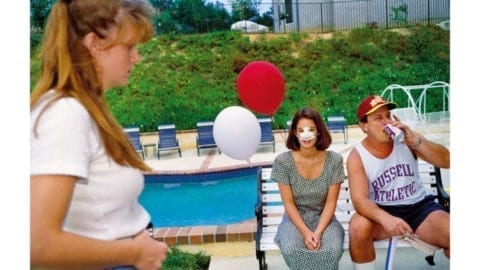 Back in the day, America was all about the American dream, but that dream has shifted.  People wanted land, freedom, to have a family, and to work hard.  In the book, The Epic of America, the author states the American dream is “dream of a land in which life should be better and richer and fuller for every man, with opportunity for each according to his ability or achievement. It is not a dream of motor cars and high wages, merely a dream of a social order in which each man and each woman shall be able to attain to the fullest stature of which they are innately capable, and recognized by others for what they are” (Hendricks). It showed people that anything was possible to get them to immigrate. Americans were happy and prosperous after WWII, industries were doing better, more houses were built, a lot more people were employed, and overall people made more money. People cared about the overall enjoyment of life, rather than materialistic things. If you think about the American dream today, it has flipped.  Being happy today depends on your status, and how much money you make. Our society has become totally money-oriented. The whole idea of the American Dream has changed. It no longer exists.

People make their status the most important thing. Everyone is obsessed with who they want to be rather than who they really are. There are people that are famous online for no reason. Some even getting so much plastic surgery to the point where they actually look plastic. These people make millions or even billions of dollars for nothing! And yet people seem to want that lifestyle. They want money, to be popular and famous, and live a fake life. Formerly in America, plastic surgery wasn’t a normality in society. Most people were happy enough with themselves to stay the way they were. Nowadays that’s rare and many people aren’t happy with themselves. Specifically, the media plays a negative part of our happiness. Phones and heavy media weren’t a thing so people didn’t have the burden of them always being there. All the negative posts or unrealistic life or body goals that people see, are always there. Back then, there were TVs, which were a great invention, but they weren’t used as they are today.  People would watch with their families or for a good laugh. Now, there are ads that show “the perfect man/woman”. The men are chiseled and fit while the girls are thin and have flawless skin. Some ads are there to get you to get the latest social media or the newest clothes. They also use sex and violence to target young audiences (Sugget). Ads and social media have greatly impacted the way people look at life. People need a good status to feel great about themselves. Their status is defined by robots! More and more people are so obsessed with looking good and feeling cool or popular that they no longer care about the traditional American dream.

Along with status, comes money. If you think about people with the highest status, you tend to think about people with the most money. For example, The Kardashians, Leonardo Decaprio, Will Smith, Beyonce, and many other celebrities. They have high status and a high income. However a majority of the population never used to spend an absurd amount of money, they wanted to live a simple life. However, in the 80s, things started to change. “Among those households with incomes of $35,000 or more, people are indulging themselves more than ever, buying more presents and spending more money this Christmas than last.—– Are Americans obsessed with the notion of making money, ignoring other values in the process?” (Harris ).  Harris stated that in 1984, which shows spending more money started to become a new normal. They want to portray an image of wealth by spending money they don’t have. Which ends up with them spending money on things they don’t need and putting themselves into crippling debt. This dream to make endless money and spend all of it on meaningless goods starts from a young age. The fact that young children are exposed so early on to social media platforms, and television that portrays life as a happy money spending dream, brings kids to the conclusion that money is the only thing that matters in life. Another foundational problem in society today is the idea of brand name importance. A 40$ T-shirt from Hollister of lower fabric quality than that of a 3$ Hanes shirt is seen as a far better purchase because of the social standing you might gain when you’re seen wearing that shirt to school or in public. It’s gotten to the point where money has caused people to go mad.

Some may argue that the American Dream still exists, it’s just shifted a bit. The dream has altered as our society has. At first, it was all about happiness from things like having a family, going on outings with your loved ones, and having a white picket fence around your house. Now it is still about happiness but from different things. The happiness comes from things like feeling good about yourself, having the nicest things, and money. But of course not everyone has the same viewpoints on what they want from life and how they view it. Some may want a big family, some may want money and to live on a big island alone, and some may want a little bit of both. So the American dream isn’t dead, it’s just gone with the flow. However, I disagree. Today’s conception of the American dream has nothing to do with the true American dream at all. The focus on materialistic goods makes it so that people have lost the true idea of the American dream, and have gone towards a pointless dream that doesn’t benefit society at all. Nowadays it isn’t the same dream at all. So how would the true American dream be there, when it’s not the same at all.

In conclusion, the American dream was all about having happiness in a dark time. People got jobs and made money. They had families and loved ones. They were happy with the overall enjoyment of life. But now, it’s not the same. Our society is cruel, materialistic, and insecure. People want to spend more than they earn in order to feel cool or popular. They want to have a high status in life and be seen as something great. If you’re poor, you’re not cool. If you don’t have the newest iPhone, you’re not cool. These factors affect people so much that they truly become someone they’re not. But that isn’t the American dream we know. It’s not here anymore. The American dream is no longer.