The American Dream and Social Equality 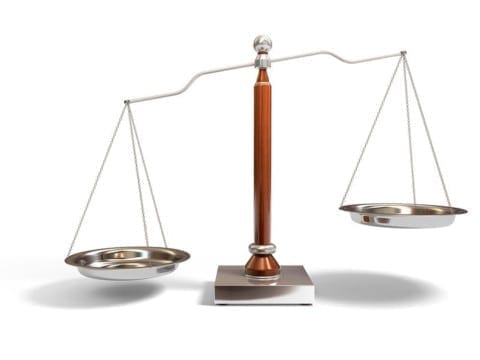 The U.S. has long been known as a country with a perfect constitution providing liberty, equality, and the pursuit of happiness for all. Americans have fought for freedom and equality for decades, yet such laws and changes brought by the government aren’t applied to all residents. Social injustice and disparity had been raised between the Native Americans and other Americnas throughout the centuries. Today thousands of people around the world migrate to the U.S. for freedom of rights, education and safety.  From different perspectives, different values arise; we can describe the U.S. as a melting pot; founded and developed by people of different backgrounds. It’s to be said that Americans value the basic natural rights guaranteed by the constitution. There are different groups of people in different time who have experienced social injustice, inequality, and discrimination.

Injustice and discrimination can be seen in America among Native Americanas and others since colonial eras among. The introduction of British in the Americas in the 1600s was a calamity to the Natives for an extended period of time. The progression towards equality to all citizens of the U.S. had been rather too slow towards Natives; they have suffered a long journey and have had quite a lot of losses. As it’s demonstrated in The Absolutely True Diary of a Part-Time Indian by Sherman Alexie, how Native Americans lived on reservations with limited domestic resources. Their cultures and traditions were influenced by the cruel interactions or responses from others in early years. As a result of white encroachments from 1600s to later decades they wanted to be independent and separate from Americans. According to Out of Many by John Mack Faragher, the white encroachments to natives were brutal; some traders offered Natives free alcohol, marking the point when they started desisting their goals and hopes.

Native Americans lacked educational resources. The long-term cultural disputes, and social unrest between Native Americans and other Americans prevented the pursuit of happiness by limiting ideals, hopes, and changes to one side. The ability to recognize such injustice and work toward solutions as a nation has helped the U.S. in providing a better and more equal environment for indiginous groups.

The most effective and prominent benefit is education.The constitution starts with “We the people” statement which refers to everyone in the nation regardless of their legal documentation. However, deep in the society there are undocumented immigrants most of whom aren’t able to recognize their rights. They have a furtive life with limited movements, and interactions. It’s nearly impossible for them to set foot into a government agency, one of the most important one is hospital; the fear brings deadly risks into their life.

After decades, when the American dream started to get recognized around the borders of the U.S., people from neighboring countries started migrating. They migrated to get more opportunities and to change their lives. However, as undocumented residents they weren’t able to have same benefits as legal citizens.The establishment of medicaid and medicare in 1965 signed into legislation by President Lyndon B. Johnson, protected the well-being of many families and increased the national economy (“CMS.gov”). Henceforth, undocumented residents were excluded from such programs although they contributed in the society as other common citizens did. Healthcare-benefit plans have a great value in the U.S.; on a yearly basis Americans with insurance do yearly check up and will have follow ups in order to find symptoms and prevent risks and stay healthy. People without health care, especially undocumented immigrants who are poor, will have a higher risk of getting sick. It can be said that the poor undocumented immigrants stay aloof from yearly check ups; minor illness or injuries aren’t taken serious and with the fear of the law they stay away from hospitals, which results in serious health issues.

At different time periods different values arise with which there will be different problems. Through different measures taken by the government and the people, some may benefit from it and some may be harmed. Therefore, the recognition of all aspects of cultures, values, and other distinctive characteristics of a nation should be measured carefully in order to provide liberty, social justice, and equality for all.

Faragher, John Mack. Out of Many: a History of the American People. Pearson Prentice Hall, 2011.