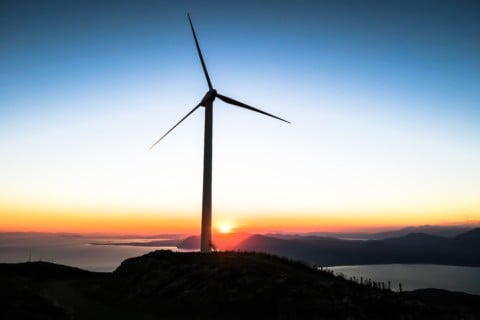 Our country still shows some reliance on oil from industrial booms and many argue that we must protect this integral part of our economy and all the jobs supported. The problem with this, is that keeping things the same is a threat to the whole world and we’re finally seeing a shift in interest after decades of world leaders failing to address climate change properly. Despite concerns that a gradual phasing out of fossil fuels would hurt our economy and the workforce, it has been found that the renewable energy sector will create “50% more jobs at similar pay rates.”

In fact, the competition is starting to brew, and below, we can see the thirty states within the U.S. where wind and solar jobs actually outnumber coal and gas jobs! These two types of renewable energy have provided the fastest growth in the shortest amount of time. As competition breeds competition, we can expect to see things like installation prices drop more than they already have, causing an even greater lead over non-renewable resources.

An example of this growth is the publicly traded company, SUNRUN (RUN). Boasting 277% returns so far in 2020 in early November. The craziest part is that many analysts still remain fairly bullish on the company as it also showed 37% customer base growth on a year-over-year basis in 2017. An Investor Place analyst says “RUN stock has a ‘B’ rating in my Portfolio Grader, where it carries a buy recommendation.”This is simply one of many examples of a company within a still undervalued sector; long term, many still expect some of these stocks to grow six-fold… The future is now, old man.

Hey Matthew, this was a great topic to post about. It’s hard to deal with the world refusing to change even though it’s so desperately needed. We keep using fossil fuels even though it is creating more harm than benefits. The part where you mention that SUNRUN has 277% returns so shows how much the alternative energy industry is growing and working. It amazes me that people are still resisting it. I understand that it will cost people jobs, but it will also create a lot of jobs that can easily make up for the ones lost. I really liked seeing your perspective on this Matthew and I can’t wait to see your next post.