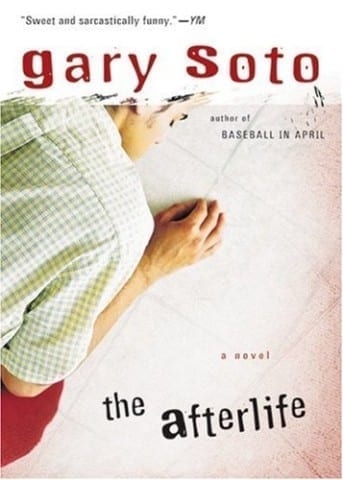 In the book The Afterlife by Gary Soto is about how a young boy gets killed in his high school bathroom. He then goes on to experience the world as a ghost, then finds out that he falls in love.

The boy’s name was Chuy he lived in Fresno he was killed on the restroom when two guys followed him in and stabbed him because they thought he was in a gang.

They then left him there on the floor which was when he died and became a ghost. He was then found by two other guys when they had stepped in his blood. Chuy had died in his high school restroom when he was only 17.

And…what is this about…not being rude about it?

I think that a book written from the perspective of a ghost would be very interesting. I wonder if he is able to interact with the people who are alive and if he can convey messages to them. The thought of an afterlife is one that has been on my mind for a long time and I think an interesting book like this would be able to open my mind to it more than before.

Dear Marisol,
I am intrigued by your post because it states about the killing taking place in Fresno. I did not know this book was solely based on a murder near my hometown.