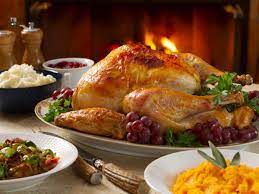 In the article “Thanksgiving Turkey and Traditions” (McGraw hill) I learned that there are different types of traditions everyone has every year, these are traditions have been occurring for hundreds of years and share different meanings. Thanksgiving is a national holiday made by Abraham Lincoln which is a tradition celebrated by many throughout the United States. Although the holiday was made by a former president, president Bush began a tradition in the white house which was to pardon the turkey given to the president. Since then there has been other presidents that have pardoned turkeys and sent them away. Others celebrate Thanksgiving as a day to give thanks to all their loved ones and spend time with their family and friends by eating different foods including turkey.

I think pardoning a turkey on Thanksgiving could be something that people can do but doing it when the day it’s eaten by most should not be done. Either way people choose to celebrate it different so not everyone may agree with the president’s pardoning turkeys or not doing it.

What do you think should turkeys be pardoned during Thanksgiving?