Thank You for Giving Youth Courage to Fight Back!

Home Thank You for Giving Youth Courage to Fight Back! 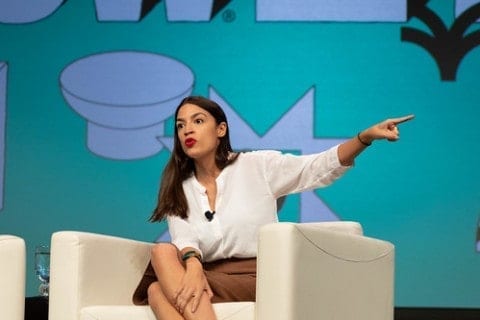 I am fascinated with your video because you are really giving the young generation more courage to express their voices by doing speeches and videos to be heard. Many people feel so terrified before seeing someone that can help them accomplish their dreams which is making the world a better place for every human being. Youth need lots of support like this to show how much they are capable of changing the world. One thing you said that stands out for me is: “I think that young people are more informed and dynamic than their predecessors. I think that they are more sensitive, in a positive way, in that they actually care about other peoples’ experiences and lives”. I think this is inspiring because in my own perspective many youth talk about “Climate Change” because it is the only enemy that we all humans have in common and we do not even realize it. I have listened to a video of a young teenager who was 17-years-old and he was talking about climate change. To let people understand how climate change is affecting humans. I agree with you that youth are not afraid to talk about world problems. They are brave because they are willing to break more interdict and speeches that older people have problems expressing. One reason is that young youth are more open-minded and they are the future leaders who are meant to make the world a better place. Older people might be afraid that their love once would be hurt out of that.

Recently I was looking at videos by young activists, and one of them is a good example of what I’m saying here. I’m talking about Edna Gonzalez and her speech at March for Our Lives, Washington, DC. In this video, there is a 17-year-old girl talking about how her brother got killed during a gun shooting. Her brother was about to go to college and lost his life for no reason. She said that at school the security makes them feel like they are criminals. She decided to talk to all people to let people know how they are suffering. They are going to be the leaders of society so they deserve to be heard. “My brother passed away when he was in high school any day like the other day and it was the cops who shot him to death”. This part sparked my interest because this is the problem that society is ignoring. Some adults say that they are just doing their jobs, but in reality, they are not, because their inaction hurts or kills innocent people who had a full life in front of them. Their lives just ended because of a mistake or injustice. It stays with me because it tells me that injustice happens anywhere and it’s enough to be cautious in any circumstance. This is an example to show that AOC is right because it’s a young girl who is courageous enough to show the injustice that they went through. They wanted to make a lesson so everyone would learn from it.

“I am here to honor the floored students that lost their lives and to honor my south LA community. How about that”? This quote means that the young generation is very great and fearless because they are willing to go out and risk their lives to save the world from the terrible intentions. I think Edna Gonzalez is talking for everyone.

I have also been learning about “Young In Revolt ”. What I understand is that now youth express their problems or injustice through social media for them to be heard. Many young youths have suffered from gun shootings. Something has to be done to prevent this kind of event from happening again.  The problem is that the government kept on selling guns. In my own perspective, I think the ideal thing to do is to stop selling guns. I think this story is a good example of what AOC is saying because it is always the young who suffer the most and the ones who risk their lives to save others and make their lives better.

Thanks for taking the time to read my letter. I look forward to seeing what you write or say next. I am interested in your video because it makes me believe in myself. Additionally, I think every possible effort we do as young youth we will make a change in the world together.

Dear Housseynatou :
I am obsessed with your letter, “Thank You for Giving Youth Courage to Fight Back!,” because it gives me the power and the courage to do more in my life. It helps realize that in life we can do much more, and to not be shy to say what you have to say. It is good to let your voice be heard. One sentence you wrote that stands out for me is, “One reason is that young youth are more open-minded and they are the future leaders who are meant to make the world a better place.” I think this is interesting because it is true that the youth are badass. But let’s not also forget that the youth from the past did a lot more, which is as for me, this new generation is doing the same thing and they are getting better and better. Another sentence that grabbed my attention was: “I think this story is a good example of what AOC is saying because it is always the young who suffer the most and the ones who risk their lives to save others and make their lives better..” This stood out for me because we can see that most of the people who die are youth either they were shot or they were bitten and all of that is because they are doing the right thing. It’s true that the truth hurts but it is only the truth who comes first and last.
Have you seen this article and video “ https://www.teenstakecharge.com/campaign, https://www.youtube.com/watch?v=xB2cbnxa7G0” I thought you might be interested in this because of the youth revolution. It’s about young youth who are fighting for an affordable education, they are representing the youth voices. Watch the video you will like, it is so important.
Thanks for your writing. I look forward to seeing what you write next because your passion of writing such a thing give me inspiration for wanting more of your ideas.

I am choosing an adjective peaceful to show you my emotion that I feel when I read your letter AOC, “Thank You for Giving Youth Courage to Fight Back!”. Your letter was too emotional for me because it was much realist and had a great thought about all the stuff we are facing in our community.
One sentence you wrote that stands out for me is: “I live in the Bronx, and every month my community faces gun violence in schools.” I think this is powerful because it is a really true issue that the government doesn’t pay attention too much instead of that without us they are nothing and without them, we are nothing too. So we should stand up by ourselves and they will know what you want from them .
Another sentence that I like was: “The generation before us some of them were really brave and scary..” This stood out for me because their fight does not start with us, some already started before us so we should respect their path roads in peace for they can have everything done.
I like to do some reading online and the thing that interested me was a book called Patience. Have you seen this book? if not go see In a youtube I thought you might be interested in this because of the advice that you want to teach us from this video. Thank you for your bravery.
Thanks for your writing. I look forward to seeing what you write next Since I really enjoy reading your written style and it helps me to open my mind about our society even though sometimes it is really hard for us to accept everything. But I wonder if next time you can give us a deep conclusion? For more explanation, thank you.

I am really fascinated by your detailed and cogent letter to AOC. You really demonstrated how much impact AOC has had on young people. I agree with you on the fact that AOC unconsciously encourages young people to excel by motivating them.

One thing you said that stands out for me is: ‘One reason is that young youth are more open-minded and they are the future leaders who are meant to make the world a better place. Older people might be afraid that their love once would be hurt out of that.’ because I believe that our generation experience unprecedented events. Yet, they do not complain but they always find ways to overcome them.

Thank you for your writing and I look forward to seeing what you write next.