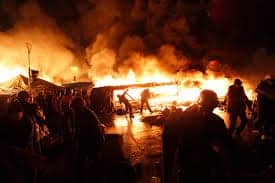 With all the terrorist attacks around the world that made breaking news, I wonder what the world is doing about this deadly issue. The counter-terrorism activities over the years have had mix results, never really stopping terrorist activities. In the first half of the twentieth century, there have been many counter-terrorist protocols passed by the United Nations. It started back in  2001, the same year as the 9/11 attack in New York City, the Counter Terrorism Committee was established with the Security Council taking the leading role. Later, in 2005, the Counter Terrorism Implementation Task Force was created, with the intention of creating a special force was specifically trained to combat terrorism. The European Union created its Counter Terrorism Strategy that year. The UN took that idea a step further the following year when it passed its own United Nations Global Counter Terrorism Strategy, which is the central political basis for shaping anti-terrorism policy on individual issues. The Strategy text has been revised four times in 2008, 2010, 2012, and 2014. However, with all these new counter terrorist measures also came new terrorist threats, such as the Islamic State (ISIL), the phenomenon of foreign fighters, and the financing of terrorism. To confront the new challenges that have arisen in 2014, the Security Council adopted Resolutions 2170 and 2178, followed, in 2015, by Resolutions 2199 and 2214, which for states to unify to deal with these threats. Recently, the UN have continued passing more and more new resolutions, but new major challenges keep coming back.

You bring up a really good point. We always hear about terrorism that happens and ongoing wars, but never about how we are combating this. The problem is, fighting terrorism is about more than just killing or imprisoning terrorists. Terrorism stems from a mindset of hate, of a worldview centered around division. There are two kinds of people in the world: the kind of people who divide the world up into different kinds of people, and the kind who don’t. Terrorism is the ultimate division. Terrorists split the world into us and them, feeding off of hate for anyone they deem unworthy. If we really want to fight terrorism, we will need to figure out a diplomatic way to combat their hateful mindset.

Keep in mind, not all terrorism happens in far off Middle East countries, or by people who hate America. Terrorism can be carried out by anyone, and it’s arguable that America has been guilty of terrorism, depending on whose mindset you view the picture from. The bottom line is that killing people who kill people to teach them killing is wrong only leads to endless cycles of violence, war, death, and hate. America invests so much in the defense budget; maybe it’s about time we spend more on diplomacy, working to find common ground, than simply killing our enemies. The motto, “We don’t negotiate with terrorists” is catchy, and has a good underlying intention, but it’s dangerous. To refuse to find peaceful, diplomatic solutions puts us on the same level as terrorists. We’ve been fighting the war on terror with our defense budget alone for too long; it’s time we change the way we think about terrorism.

The UN can pass its own regulations, but to the countries in the middle east that are supporting the terrorism acts that are being done all over the world, the UN can not really do much. Contrary to what we are tonight in elementary school, just telling a bully to “please stop” will not work. We need to physically force ISIS to give up this Jihad on the world.

Your piece included a lot of information about the actions being taken against terrorism. I am interested in hearing maybe your thoughts on the ideas of the presidential candidates.

Your piece is very well researched and gives a lot of insight on what’s being done (or not being done) about terrorism around the world.

Your piece is very well researched, and written quite nicely. I really enjoyed how you gave some “historical evidence” as well, in explaining past measures.

I really appreciate the information provided and it really feels like you did your research.

I think this is an interesting view of terrorism I have recently read https://www.fbi.gov/investigate/terrorism which might be able to give you more insight on this topic.

It seems like the UN are doing a lot to prevent terrorism, and it makes you wonder if there would be much more terrorism without these counter-terrorism units. It is a world problem and affects people all around the world, so it is definitely and issue the UN should be dealing with.

It is interesting that we have made all of these different strategies but we don’t use them. That Counter Terrorism Implementation Task Force was created for different countries to ally and take on terrorism with military force, but my question is why have we not used it? We clearly need it now to prevent anything from escalating more in Iraq and Syria, we need to actually implement all of these strategies and resolutions the UN has created instead of making them and setting them aside to rot.

I believe that we need to find a way to end the violence reoccurring in our society today. It seems to be getting worse and worse and I’m glad someone is writing about it to finally bring it up.

This is a good story being that people aren’t making any initiatives on solving the growing terrorism in the world. It seems to be a growing epidemic and something needs to be done to change the current path we are on. So it is good thing you are writing to raise awareness. I really enjoyed this post.

I think terrorism is an issue that has been relevant in the news recently. From shootings to bombings I consider all those acts of terror. It seems like a lot of work has gone into making a strategy, but no action has been done.

Very interesting spin on the story. We hear about all the acts of terrorism around the world but never really any plan on how to stop it. So all of this UN plans seem interesting.