Teens Need To Develop Into Adults Before Getting Treated Like One 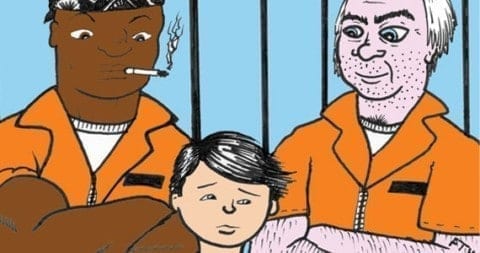 My name is ShaDiamond Pinckney and I am a  15 years old sophomore. I attend Nelson Mandela School for Social Justice. I am from Brooklyn, New York and my neighborhood is Bed-Stuy. The law, NY is one of only two states that prosecutes 16 year olds as adults has an impact on me and my peers because that’s in our age group. If I was ever to go to jail, that means I would be going with the grown folks and my mindset operates differently from theirs. My brain is not fully developed and the adults brains are. According to statics children my age have impulsive behavior where they don’t think before they act upon things. Adults do it to but it occur with children the most. I care about this issue because it’s not right and it’s just making the neighborhood worse because children are returning and their brains are more damaged from the punishment they got in jail. Children that age should be getting discipline instead of punished.

Furthermore, Kalief Browder was a living witness to being punished for a crime he didn’t commit. He was physically abuse on Riker’s Island by the COs. They starved him and didn’t allow him to shower 3 times. When he was about to commit suicide the COs cut him down and abused him violently. Kalief was put into solitary confinement and he went crazy. Instead of them abusing him they could’ve gave him mental care. He was going through a crisis because his family wasn’t there and he was put into jail for something he didn’t do. Certain COs have stereotypes on inmates and it shouldn’t be that way. These young teenagers need to be put with children that have the same mindset as theirs.

However, young teenagers that gets charged as adults are more likely to reoffer. This means when they come home from doing time, they more likely to go back to jail from committing another crime. They brains are damaged from jail they don’t know how to be a kid; their childhood was mainly taking away. Also, they have more difficulty unlearning the effects of trauma. This means children get traumatize quickly because of the things they went through. It’s hard for them to recover from experiencing anything traumatic, which may make it harder for them to overcome anything they face. Young kids actions that comes from jail is due to the New York current system.

On the other hand, they should be trying to help the young teenagers instead of mentally and physically abusing them. Sending children to a drug treatment program will help them more. A drug treatment program is more likely to discipline them than hard core punishing them. Most young children at the age of 16 need family support. They act the way they do because there’s no one at home to keep them on the right path. Even though it’s hard staying on track you need guidance and that’s what most of them don’t have. If the court system would stop being so crooked and just help the youth less crimes would be occurring. Raise the age limit and treat teens like regular teens. Let their brains develop and mature into adulthood.