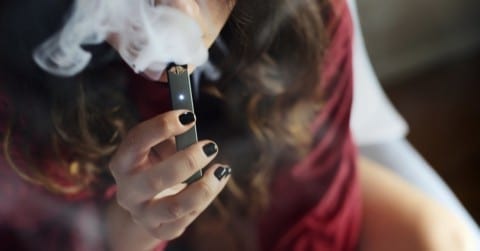 There is a growing number of people suffering from lung problems, most of which can be answered to the global problem of vaping. Vaping is most common in teenagers and young adults. To some, it is seen as cool, a trend, or safer, but that’s not necessarily the case. Vaping contains a harmful product that is both addictive and toxic. “Nicotine is the primary substance in both traditional and electronic cigarettes, and it has been shown to increase the risk of cancer, heart disease, stroke, lung diseases, diabetes, and chronic obstructive pulmonary disease.”

Many teens see vaping as a safer way of smoking. They believe that it’s not as harmful and won’t have the same outcome. But vaping could potentially lead to smoking or usage of even more dangerous drugs. “Data suggests that vaping, even if nicotine or illicit drugs are not present in the vapor, predisposes teenagers to future addictive behaviors.” Not only that, but they could also cause mental health problems and addiction.

Now there are many ways in which we could stop and help teens who suffer from an addiction to vaping. Some would include informing and educating the substance user. Inform teens through social media or the most used forms of media. Let them know the dangers and potential issues it could cause. Another would include informing parents. Have them become aware of changes in mood and the different types of vapes teens get a hold of.