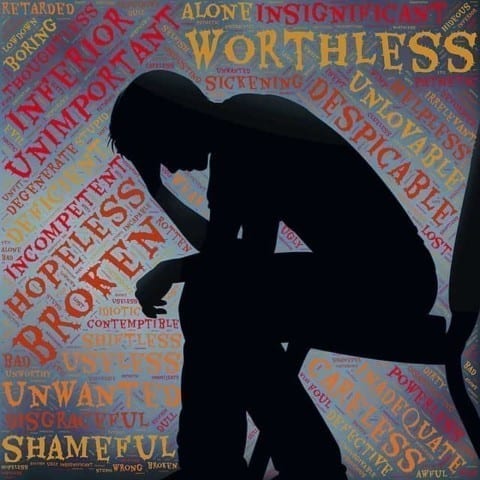 Suicide among our youth in America is an important issue that needs to be brought to attention and discussed. This topic is important to me because I am a teenager in high school and this issue can affect many people I know. This is something that society tends to drift away from in conversations and doesn’t address properly or even at all, and we need to be informed about this matter and how to resolve it.

This issue is very impactful by young people losing their lives to this global health epidemic. Many people are losing families and friends because their problems are too hard to deal with and they need an escape. Suicide is very widespread and affects many people but we choose to ignore this up until it happens to someone we know and then acknowledge it. It is important to take action and not ignore the problem at hand when many people are at risk for suicide and we should be preventing the matter before it is too late.

Suicide is the third leading cause of death among 15 to 24-year-olds. Every two hours a teenager in America takes their own life. The strongest risk factors for attempted suicide in youth are depression, substance abuse, and aggressive or disruptive behaviors. The aspect of school is also believed to play a role in teen suicide. A study in 2011 collected data between 1980 to 2004 analyzing teen suicides, the rate for males, on average, was 95% higher during the school months than in summer. For females, it was 33% higher. Males are 4 times more likely to die from suicide than females, but females are more likely to attempt suicide than males.

There have been attempts to address this issue through television shows, suicide hotlines, and commercialized ads. The Netflix series “13 Reasons Why” had attempted to bring attention to the topic of suicide, but instead sparked conversation about how graphic and triggering the show had been for viewers. The intent to bring awareness to the matter had been entirely forgotten, and the show created a problematic image for itself, with many saying that it glorified suicide. I propose that schools should educate and bring awareness on suicide prevention to their students. The stress of school, between managing your grades and the pressure to uphold your social reputation among peers, is a factor in contemplating and attempting suicide. Schools should be advocates to prevent this and let the students know what their resources are for getting help. Hopefully by this post, teachers or students from other schools can see this issue and understand this topic and want to be educated themselves and others they know. I think this will be effective by conversations starting on how we can make even baby steps towards bringing awareness to this worldwide problem.

In order to better understand my topic, I could talk with someone who has attempted suicide and get their input on what the thought processes are like. I could also speak with psychologists and experts on mental health to gather more information about what can lead someone to have suicidal thoughts and tendencies, and how one can prevent themselves or someone they know from this act. I would love to see other viewpoints and suggestions about this topic and how to address it so we can help many people who are struggling. Please comment your thoughts!

Dear Darian
this topic is very hard to touch on knowing so many people that can get triggered by this. explaining how this is a big issue and how it makes people feel was very important because of how serious this topic is and how dangerous it is to touch on. You made a lot of valuable points and i agree with how you focused on the main idea. Good work.
– Cory Escobar

Dear, Cory, I agree with your post “Teen Suicide” and how it is a serious topic to talk about and how many people can get triggered. I think it is a serious matter that needs to be addressed. Because many teens become depressed and don’t get help causing them to commit suicide which is very drastic.

One sentence you wrote that stands out for me is: ” this topic is very hard to touch on knowing so many people that can get triggered by this… explaining how this is a big issue.” I also think it is a serious matter that needs to be addressed as quickly as possible to try to save as many lives. Because death is no joke and every single person deserves to be happy and living their life to the fullest instead of being stuck in a dark cloud that they can’t get out of.

Thanks for writing. I look forward to seeing what you write next because I like how you also think it is a very serious matter that needs to be talked about more. And for teens to be able to reach out and get help.  I would like you to continue telling about your country.

Hi Darian,
I just wanted to say that I found your writing really interesting and informative and agree with everyone you have to say. I would just like to say that, first off, it was very well written. I think that teen suicide is a very serous topic that definitely needs to be addressed more in schools and in teens. It is something that people deal with everyday. One thing that you said that really striked me was in your second paragraph. The sentence: “Suicide is very widespread and affects many people but we choose to ignore this up until it happens to someone we know and then acknowledge it.” That really hit me. I totally agree and think that a lot of people choose not to say anything about it because they haven’t dealt with it on the level other people have. All of your statistics in the third paragraph also really got to me because it is so sad that there are so many people loosing their lives to suicide and so many families dealing with it, but people still won’t talk about it. Another thing that you brought up was the Netflix series “13 Reasons Why.” This show definitely drew up a lot of controversy and really hit hard with people. I agree with you when you say how they were just trying to draw attention to suicide but instead it got overshadowed because people believed it was too graphic and glorified suicide in a way.

Now, at my school, suicide is a very serious topic. One thing that my school does is hold assemblies and they have professionals come in and talk to us about the issue. It really helps and shows students that they have resources to help them. I live in Utah and another popular thing we have is the “Safe UT” app and kids can contact professionals at any time, if they need to talk/are feeling suicidal in any way. They really try and implement all of these things in us, and it is really helpful. Maybe, you could do something like this at your school too and talk to ur administration about doing something like this. It is a hard topic to discuss, but one that needs to be discussed. If you do choose to expand and write more about this topic, then I’d be really interested in seeing other things that you add!