Technology, Factionalism, and the Fear of Individuality

Home Technology, Factionalism, and the Fear of Individuality 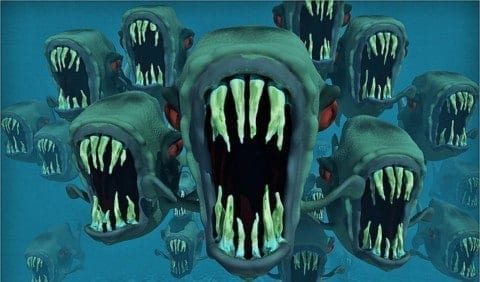 Every day, millions of people wake up to a digital alarm, usually produced on a smartphone. As soon as they turn it off, they immediately face the convenience of an entire world at their fingertips, without even leaving bed. A study found that 46% of Americans check their phone before even getting out of bed. Even before standing upright, we are already under the influence of the highly suggestive world of the internet. We do not outwardly fear our screens, as most who read George Orwell’s 1984 would the pervasive telescreens. This is merely because most do not comprehend the extent to which digital media can influence our thoughts, subduing originality and individualism. Big Brother stole freedom as a means of discouraging individuality which would threaten the essential collectivism of the Party. The leaderless factions driven by mindless tenets suck the individuality and dynamism out of diurnal interactions. The individual is to blame for letting this toxic love affair with personal devices continue, but can be the source of major change in this area as well.

Everywhere, there is unseen incentive to factionalize—to define with a group rather than as an individual. An article by Craig Biddle titled “Individualism vs. Collectivism: Our Future, Our Choice” warns against defining oneself solely as part of a group. Mr. Biddle references Frederick Douglass, a freed slave and civil rights advocate, who provides a compelling argument against such thought. His particular identity as a former slave and a black individual during the turbulent Civil War era makes his argument for individuality especially compelling, as his individual spirit was one that survived despite a stunted existence. It is the same sort of spirit Winston in 1984 associates with the proles, a massive body of the forgotten people within Oceania, who still host a rugged individuality despite their poor condition: “If there is hope [wrote Winston] it lies in the proles” (Orwell 69). Most importantly, the proles are not stricken with the fear that the upper party members had. Their blissful ignorance of the degree to which the state controls them, while keeping them impoverished, also keeps alive the spirit of their group—a spirit defined by the uniqueness of each individual that Big Brother so mercilessly wishes to quell.

It is hard to imagine a group so conspicuously downtrodden as the proles of 1984 or black Americans in pre-Civil Rights America, yet whole populations fall victim to the same sort of oppression from sources who appear to only aid individual expression. Social media, while allowing individuals the opportunity to express themselves, is a sphere that increasingly narrows self image and personal will. In tweeting and posting pictures, users try to fit a mold for themselves determined by the broader social collective. This is not to say that expressive individualism, discussed in an article by Ronald Osborn as the mentality that only the individual will has merit, is lost. Rather, it amplifies the self-obsessed edge of that expression in trying to make the self conform to a larger, approving group. The aggregate effect is the factionalization of users everywhere, and a perpetual sort of “brand loyalty” to these images (also discussed in Osborn’s article). Authenticity is replaced by group-think, and the individual will hallowed by American intellectuals like Whitman and Thoreau is lost.

The sort of people this system creates are prime targets for the snare of collectivism. It could be one reason why the political landscape today is so fractured; the vitriolic news media presents a similar incentive to factionalize.The news increasingly caters to specific viewpoints rather than providing objective facts. The presentation of information tinted and obscured with bias digs trenches in individual thought processes, creating roadblocks to individual will. The state-run media of 1984 is really no different: “brand loyalty” drives the beliefs of constituents, regardless of the objective truth. Recognizing the folly of this thinking, Biddle cited the Russian-American writer and philosopher Ayn Rand’s view on opposing collectivism: “their [collectivists’] case rests on appealing to human confusion, ignorance, dishonesty, cowardice, despair.” Most view the news with this same sort of angry malaise which collectivism and factionalism thrive on. This creates a climate of fear: fear to speak out and fear to drift from one’s faction canon.

It is fear that Orwell most warned against in 1984. Social media creates two kinds of fear: the first is what Tristan Naraine in an article about social media and individualism calls FOMO, or the fear of missing out. This couples with the fear of drifting from a certain image or thought pattern, and facing the tribunal of like-minded collective members to answer for it. Fear suppresses individuality by severely limiting the viability of societal operation as an individual, only making the collectives stronger.

Individuals can escape this polarizing trap, and it is possible with the same technology that perpetuates these problems. The middle ground between collectivism and individualism is conscientious civic engagement, which is made ever more available by technology. Many civic engagement platforms have given people a direct connection to the happenings of their local communities. One such program is MindMixer, a project by the mySideWalk. MindMixer allows communities to play an active role in local public activities. Their website outlines how community leaders can use the platform to enhance town meetings, ensuring that the “why” that motivates change is considered and implemented. The people behind it are working to scale the technology to reach a more national audience. By incentivizing the outcomes, such a program brings people outside themselves and their ways of thinking into a constructive environment of awareness.

The solution to these issues must come from the same individuals they target. Speaking out, going against the grain, and most importantly not fearing the backlash of those who are entrenched in their ways are essential to reversing the trend of factionalizing. In the words of FDR, we really do have nothing to fear but fear itself, for it is out of fear that logical, individual thought is truly silenced. Putting down the phone is a conscious, individual choice, and such choices compound to make for a more dynamic existence in line with the rugged individualism that allows successful societies to exist in the first place.

The articles mentioned and more commentary on this issue can be found on my blog: The Repression of Individuality