Tattoos and Their Controversies

Home Tattoos and Their Controversies 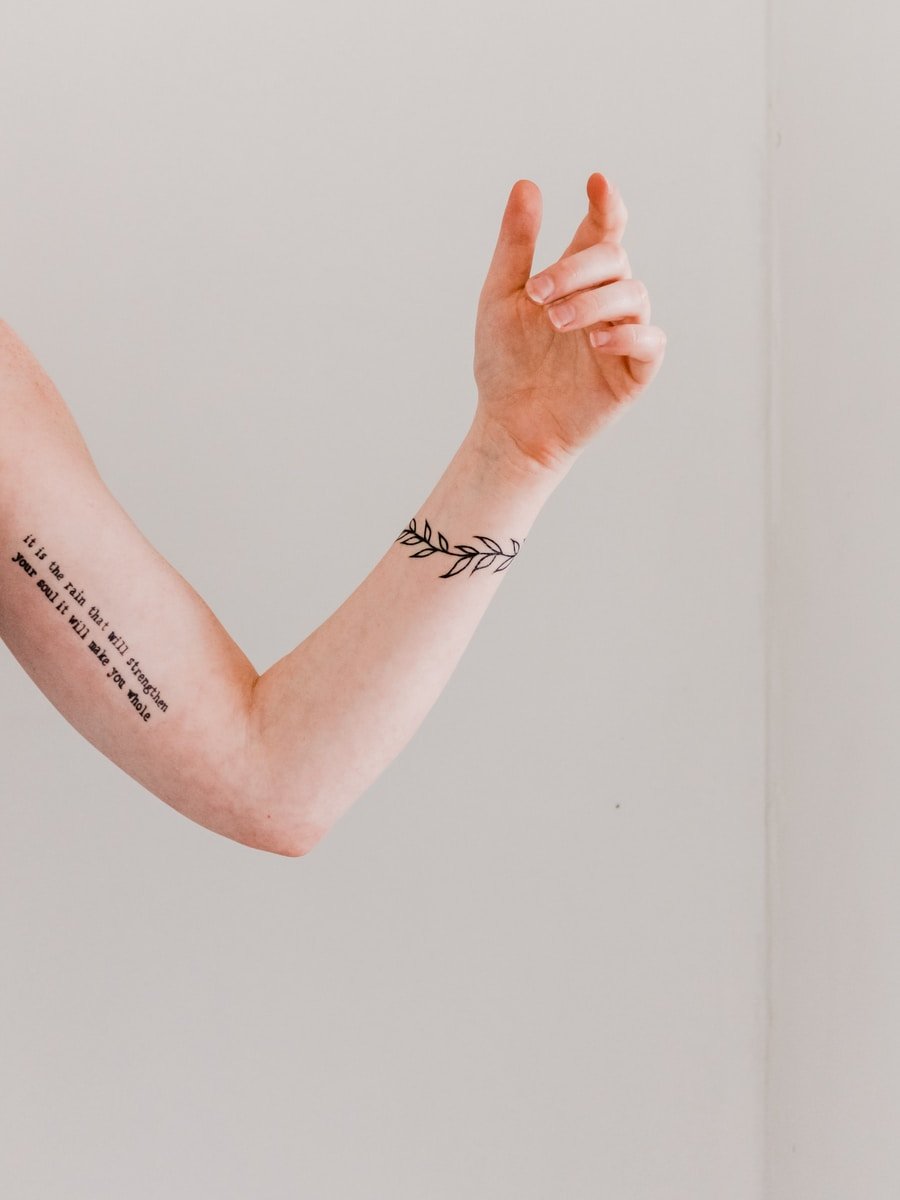 Tattoos are fun, new, and exhilarating for an 18 year old, but with older age tattoos may not be worth it. Some may say tattoos are not classy and they don’t belong in the workplace. Many business owners have a strong feeling against tattoos, “It is very specifically stated that any visible tattoos have to be covered up when on the floor… We serve the public, and we want to make sure that we project a proper image” (“Controversy Over Workplace Tattoos”). One may agree that tattoos, especially a lot of them, is correct attire. Others, however, believe that some tattoos are meaningful, and show meaning towards one thing in particular because of the size, shape, and intensity it may have.

Very many of us can see the physical side of a tattoo, but unless we directly ask the person, we would not know the emotional side of it. The psychological part can really make you dislike tattoos. Some say, “She’s definitely a party girl…” (Karim), showing that being called a party girl can be very downgrading. This starts the controversy on tattoos. The controversy that comes with tattoos are quite extreme, but the meanings in tattoos in a personal aspect is much stronger than others opinions. For example, when someone gets a semicolon tattoo it states a message of, “affirmation and solidarity against suicide, depression, addiction, and other mental health issues” (Dictionary.com). This one website, Project Semicolon, has also stated, “A semicolon is used when an author could’ve chosen to end their sentence, but chose not to. The author is you, and the sentence is your life” (grammarly.com). Project Semicolon made the reasoning behind such a simple tattoo so meaningful and that is because so many people in this world have had those dark thoughts or have known someone to have those thoughts.

Tattoos have an abundance of meanings, whether or not one asks, there’s always a meaning behind them, and it is consciously or subconsciously known. Even though business owners oftentimes do not hire those who have tattoos, or ask them to be covered, the tattoos of meaning are still there for us. To some, tattoos are a perfect way to express oneself, but to others it is taken as a defiance. With ones so little as a semicolon to larger ones as a music verse, tattoos are a great way to show what you like. Tattoos are a message about yourself without the need to say a single word.

“The Meaning Behind a Semicolon Tattoo.” Grammarly blog, 22 May 2019. https://www.grammarly.com/blog/why-a-semicolon-tattoo-is-the-most-beautiful-tattoo/

Dear Alexis,
I enjoyed reading your post. I agree with what you’re saying about the emotional side of a tattoo. I agree with this because I can relate.

When you said, “The controversy that comes with tattoos are quite extreme, but the meanings in tattoos in a personal aspect is much stronger than others opinions.” When I showed my mom my tattoo she wasn’t very happy for the fact that it’s just lines but what it means to me and how I see it is more than just lines.

I appreciate your writing and I look forward to reading more of your work. Hopefully it’s something I can agree it again.

I am impressed by your post, “Tattoos and Their Controversies,” because any tattoo can say a lot about a person. No matter the size, shape, or intensity a tattoo can be really meaningful. Tattoos can mean a message without needing to say a word.

One sentence that stood out to me is, “ Tattoos have an abundance of meanings, whether or not one asks, there is always a meaning behind them, and it is consciously or subconsciously known.” because when you get a tattoo no one understands why you got it.

Thanks for your writing. I look forward to reading more about your thoughts on people’s tattoos because it is true they can be really meaningful.

I agree with your article and I thought that is was a very well written piece. You did a good job explaining your point and getting it across. I think that tattoos are cool and can show someone’s backstory. Would you get a tattoo?

yes, I would get a tattoo because I think they are a great way to show what I care about. Probably smaller ones, but I have been eying song phrases I would have as a tattoo!

Dear Alexis,
I agree with your article “Tattoos and their controversies” because it is true that many tattoos have meanings or a backstory behind them yet it is punished for having them. Tattoos are a beautiful way to express who you are and it’s saddening seeing how many have to cover them up for it seems like such a terrible thing to have.
One sentence that you wrote that stands out to me is “She’s definitely a party girl…”. I think this is quite true, especially when it comes to being a female anything done to the body becomes an automatic stare. I am curious to see what many would say when it comes to a guy getting a tattoo.
Thanks for your writing. I look forward to seeing what you write next, because it is nice to see other people discussing the situation of tattoos. I can’t wait to see what else you have in store about your perspective on other things.