Tattoos: A History, Culture, and Expression 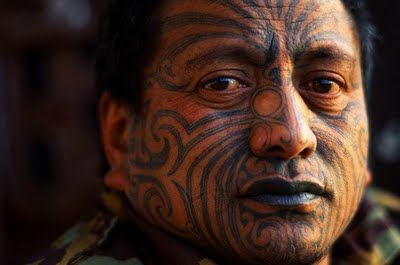 It may be difficult to wrap your head around why someone would want to endure the painful and expensive procedures to inject ink underneath the skin to last a lifetime. However, modifying one’s body with ink markings has been present since ancient times, even dating back 5,200 years ago. The artistic designs of tattoos range through numerous cultures, the history behind them and how they are generalized with a certain group of people. The practice of tattooing has been around for centuries and the reasons that prompt people to get a tattoo have varied from expressions of individuality, religion, idealization, or even therapeutic reasons.

For thousands of years humans have been marking their bodies with tattoos. Joann Fletcher, a research member of archaeology at the University of York, recalls the history of tattoos “from the famous ‘Iceman’ a 5,200-year-old frozen mummy, to today’s Maori” and describes their cultural significance (Lineberry). Although the Iceman provides earlier data, the Egyptian female population are accredited as some of the earliest known tattooed humans and even known to found the art of tattooing. Using instruments such as “sharp points set in wood handles”, these women were thought to receive tattoos for therapeutic means- the Iceman is considered to have received his for the same reason (Lineberry). The pattern of distribution was regularly found around the abdomen, thighs, and breasts in the form of darkly pigmented dots on the bodies, leading researchers to believe the tattooing alleviated the pain of pregnancy and birth. Similarly, the Iceman’s tattoos dotted formation were found in comparable places such as the lower spine, knee, and ankle joints where he would experience joint pain. Overall, the seemingly random distribution to areas not easily related to one another could be tied back to the person’s specific areas of bodily strain.

Aside from the Egyptians, numerous ancient cultures have appeared to have participated in the art of tattooing: the Scythian Pazyryk of the Altai Mountain region, Britons, Greeks, Romans, and Pre-Columbian cultures to name a few. An ancient Siberian man and woman, thought to be a part of the Scythian Pazyryk, were found separately preserved in ice both with their limbs and torso covered in tattoos.  Surprisingly, both sets of markings resemble similar mythical creatures, later to be discovered that were associated with “nobility and not to have them was a testimony of low birth” (Lineberry). Likewise, the ancient Britons are thought to have borne tattoos primarily to mark high social status and aristocracy while tattoos amongst the Greeks and Romans were still taken as marks of identification, marking religious affiliates, slaves, or criminals. Although, a culture following the ancient Egyptians’ use of tattooing as a therapeutic instrument were the Pre-Columbian cultures of Peru and Chile. For example, a female from the Nazca had been found with tattoos lining her abdomen and surrounding lower area, once again alluding to use during childbirth. Alone by this evidence, it is reasonable to come to the conclusion that tattooing is an ancient practice supported by many cultures.

As for today, modern tattoos exist all over the world but prominently keep their place in cultural identification outside the western world both in African and Maori traditions. Various African cultures employ tattoos, including the fine facial markings of Berber women in Algeria, the male Wodaabe’s intricate facial tattoos in Niger, and body markings of Egypt’s Christian Copts (Lineberry). The Maori, the indigenous people of New Zealand, have very strict guidelines for tattoos especially when it comes to tā moko, or facial tattooing, that holds the most significance in their culture so much so that only true tā moko can only be done by and on Maori. Tā moko is a unique rite of passage expression of tattooing where specialized designs are created for each person depending on their heritage and personal specification like status, rank, and abilities. Altogether, each cultural tradition keeps a very sacred meaning to their tattooing and receiving of specialized marks to enrich their personal identity.

Outside of specialized practices, today the westernization of tattooing is contained significantly in pop culture and fashion. While tattooing had once been associated with non-mainstream groups, it has recently become “a booming aspect of modern consumer culture” demonstrating the drastic changes in perspectives when it comes to individual expression (Das). People today may obtain tattoos as a connection to spirituality, fashion, gender identity, relationships, or purely for the popularity of the art form, but overall keep the sense of individuality as the anchoring motivation just as ancient cultures had.

Dey, Archita, and Kaustav Das. Why We Tattoo: Exploring the Motivation and Meaning. 6 January 2017, https://www.longdom.org/open-access/why-we-tattoo-exploring-the-motivation-and-meaning-2332-0915-1000174.pdf.