Taking a Position with GMOs

Home Taking a Position with GMOs 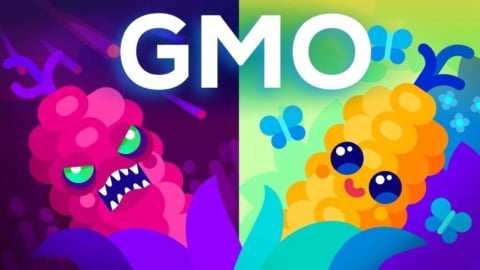 From all the research I have done, there are still many things that are mysterious with this topic. From the four articles I have found, they all say that there is no real proof or evidence that connects to the risk in health in consuming GMOs. In fact, there has been studies shown that GMOs could reduce need of pesticides, reduce greenhouse emission, manipulate food into becoming more delicious/longer lasting and increase production of food and ship them to starving third world countries. There are millions upon millions of food that have GMO products being given out for sale, and people haven’t been getting sick so you would think that everything would be alright? But it’s not, GMOs are genetically modified foods that are made by man, and shouldn’t be used so many times. You should be able to plant fresh food, made with using seeds and not spraying chemicals in them so other animals would ruin the stock. In an article called “The Good, Bad and Ugly about GMOs”, it tells how in Europe, there was a case where GMOs had harmed the livestock. Dr. Arpad Pusztai went to public and explained his findings about genetically modified potatoes. “When Pusztai fed rats genetically modified (GM) potatoes to produce a supposedly safe insecticide called the GNA lectin, all the animals showed pre-cancerous cell growths, smaller brains, livers and testicles, partially atrophied livers, and damaged to the immune system–with most changes appearing after just 10 days.” This shows that when the doctor experimented on these mice with genetically modified potatoes, which were suppose to be safe to consume, they had developed many severe complications and problems that affected their bodies in a 2 weeks span. We use rats as test subjects as a way to see if it’s harmful to humans, and this proves that there is something wrong that is being put into our foods that would make us sick. Still, scientists would write that they, “found no substantiated evidence that foods from GE crops were less safe than foods from non-GE crops.” in an article called “GMO safety debate is over”. Even when these scientists allowed all comments to be answered and that they would give it much thought, they still would say it couldn’t because of GMOs, that there was not enough proof in how it would connect to cancer, kidney disease, diabetes and obesity. This topic is very interesting on how there seems to be no real data on how GMOs are safe or not to be consumed, but in my personal opinion, I believe it is harmful to humans. A solution for this would be having food become organic again, and not spray and create any more modified foods.

I am shocked with your post, “Taking a Position on GMOs”, because before reading this letter I thought GMOs were safe. I had read many positive things about GMOs, like, it’s easier and cheaper to make more food for growing population than to plant a lot more crops. Also, I had heard that they were safe but I guess it was an article or it was a person that was agreeing with GMOs because they did not write down the negative affects about them. After reading your post I feel like I wouldn’t be able to eat a genetically modified organism like, food.