Taking a Position By Curtis Angelo 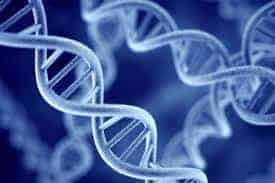 GMOs exist because genetically modified foods can last longer and also grow better. So the people who make them would argue that GMOs are good because they help make more food and help people. I argue against these people because studies have found that the chemicals found in GMOs can lead to harmful effects in humans. So not only is the food not helping. It is also hurting people. A study by scientists in Quebec, Canada looked at the blood of pregnant women and their fetuses to see if they could find traces of GMO-related pesticides (Aris & Leblanc, 2011). They found that “Monsanto’s Bt toxins are clearly detectable and appear to cross the placenta to the fetus” (Walia, 2014). A report by Collective Evolution said that “Some studies have linked Monsanto’s Bt toxin to cancer, damaging kidney cells, and more, especially when they are combined with Round-up” (Walia 2014).

I believe that scientist should end genetic engineering and farmers should start naturally growing crops to make the environment healthy because people not knowing the effects of gmos is a problem because nobody knows the negative outcome it has on people in the long term. I I I think before this application is freely implemented scientist need to further study this application because there could be damages that could be happening and scientist might not know.