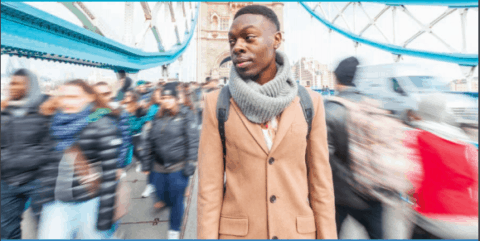 SAD—social anxiety disorder is a mental health condition. It is an intense, persistent fear of being watched and judged by others. This fear can affect work, school, and your other day-to-day activities.

Social anxiety disorder is a common type of anxiety disorder. A person with social anxiety disorder feels symptoms of anxiety or fear in certain or all social situations, such as meeting new people, dating, being on a job interview, answering a question in class, or having to talk to a cashier in a store. Doing everyday things in front of people—such as eating or drinking in front of others or using a public restroom—also causes anxiety or fear. The person is afraid that he or she will be humiliated, judged, and rejected.

Social anxiety disorder can wreak havoc on the lives of those who suffer from it. For example, individuals may decline a job opportunity that requires frequent interaction with new people or avoid going out to eat with friends due to a fear that their hands will shake when eating or drinking. Symptoms may be so extreme that they disrupt daily life and can interfere significantly with daily routines, occupational performance, or social life, making it difficult to complete school, interview and get a job, and have friendships and romantic relationships. People with social anxiety disorder are also at an increased risk for developing major depressive disorder and alcohol use disorders.

Despite the availability of effective treatments, fewer than 5% of people of with social anxiety disorder seek treatment in the year following initial onset and more than a third of people report symptoms for 10 or more years before seeking help.