Surveillance: a tool or an invasion?

Home Surveillance: a tool or an invasion? 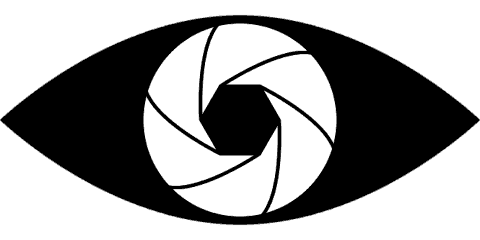 The device you are using to read this most likely has a camera. You may have it covered with a sticky note, but that does not ensure you are not being monitored. Advancements in camera, audio recording, and data processing in the past couple years have made it possible for every action we do to be monitored. This means that not only may you be recorded by a camera, but your voice may be recorded and your activities online may be tracked. George Orwell predicted that this level of surveillance would be a reality in his book 1984. The world must now decide to what extent may surveillance may occur before the concern of being watched outweighs the benefits.

In his National Geographic Article, Robert Draper describes scenes of people being watched without their knowledge. One includes a control room where two motorcyclists suspected of having committed a series of crimes are being monitored. He notes that these people have no clue they are being watched. This illustrates the terrifying reality that we are rarely out of the range of surveillance tools. The biggest concern when it comes to surveillance is the invasion of privacy. The idea that we are being watched at all times makes us uneasy, as it should. Many people would say that there is no reason to be against surveillance unless you have something to hide, but privacy is a widespread value. It is not necessarily an issue on “I am doing something stupid and don’t want to be caught”, but is more of “I am not doing anything wrong and I don’t want to be watched.” This is where we question the need for surveillance.

We have surveillance for a reason. Through it, our world is safer and more productive. Police use body cameras to ensure their safety and improve treatment of the general public. Websites such as Facebook use data from our searches and use frequently visited topics to enhance our experience on their platform by making it more personalized. This data, however,  is not always accurate and can be distributed to others upon request. While this is an issue, the probability of it hurting an individual is very low. A positive example of surveillance use is when cameras from security systems including video recording doorbells are used to help solve crimes. These devices can be used to provide information about situations at exact times and locations. This is an amazing tool for authorities and a great way to keep neighborhoods safe. In addition to data and video monitoring, location and audio monitoring can be beneficial in our everyday lives. Through this monitoring, employers have found that employees who interact are more productive. This information can be used to improve performance through promoting employee interaction which would increase output and make going to work more enjoyable.

These are just a few specific examples of why surveillance is beneficial in our everyday lives, but how do we protect our privacy? Even though surveillance can be misused, there are ways to ensure it is utilized correctly. David Anderson, London’s lead reviewer of counter terrorism legislation, says that surveillance should not be feared because we have the ability to construct safeguards that the government cannot misuse surveillance. As long as we have these safeguards, invasion of privacy is less of a concern. This being said, we must find a way to apply these safeguards to protect everyone from surveillance corruption on multiple levels. Once this has been accomplished, the benefits of surveillance will outweigh its downfalls and George Orwell’s concerns will be invalidated.