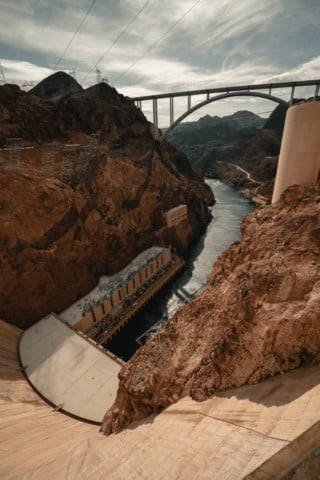 At the end of the 2015 movie, “The Big Short,” which stars Christian Bale as Michael Burry (a hedge fund manager who predicted the 2008 economic crash far before anyone else) the director gives us a warning. As his film rolls into credits, a message pops up on the black screen about Burry. It says “The small investing he still does is all focused on one commodity: water.”

This, at least back then, came as a surprise to many. But now, as the value of water booms due to consistent drought, private investing in water is becoming common.

But the record droughts fueled by global warming have not only affected the price of water: they have challenged the way it is handled, moved, and stored.

For 100 years, water in the western United States was evenly distributed from the Colorado River to seven states according to a document called the Colorado River Compact. Made in 1922, it established an agreement between the seven governments to compromise with each other, to sacrifice a larger cut of water now for a more sustainable water supply in the future.

The compact supported a growing agricultural economy and a booming population throughout the 1900s. Global warming, however, has forced governments to change it.

Set to happen this year, the redrawing of the compact is being eyed by many, including farmers, municipal governments, and hedge funds, for it will dictate how water is distributed for years to come – whether through a government-led program or a free market.

Advocates of a free market solution claim that it will unlock a trillion-dollar trade opportunity for investors and companies everywhere. Just like oil in 1970s, water is becoming gold. In addition, some say that it is the best way to confront global warming, claiming that the private sector will be incentivized to innovate and use water responsibly.

The other side of the argument has much more to lose. Farmers, rural communities, and environmentalists generally prefer a system controlled by municipalities, one that doesn’t give the water to the highest bidder but to the neediest. These communities fear investors who buy water rights away from rural areas then sell them to an growing urban areas, such as those near Phoenix.

Others point to the past, using Australia’s free water market as an example of how not to handle such a valuable resource. They fear that private investors, as they did in Australia, will exploit laws and even the weather by holding water during drought, similar to holding onto a pair of shoes that is no longer produced in order to sell them in the future.

Many simply say that water should not be a commodity.

But, after all, it is up to the seven governments remaking the Colorado River Compact to define what water will be.