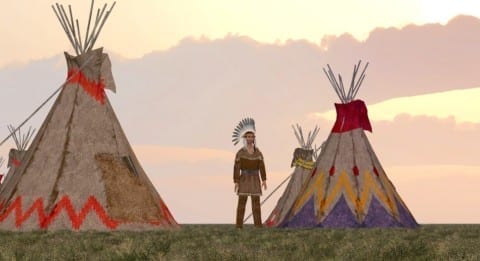 An undying issue in the United States is the lack of support Native Americans recieve.  From the birth of the United States to present day Native Ameicans one way or another have been targeted, in this case its the vulnerability to substance abuse which has been caused due to the amount of socioeconomic support they receive.

The issue I will be going over is why substance abuse plays such a big role in the lives of Native Americans. Substance abuse is more common among lower economic individuals, in this case, Native Americans living on reservations. Native Americans reservations are not developed like other parts of the United States and could be compared to third world countries, this plays a big factor because lower-income populations are at higher risk of substance abuse. With the limited amount of jobs on their reservation many become unemployed, Jobs have a high impact on many people’s identity and their self-esteem, being out of the workforce for an extended period of time makes people develop depressions which is a risk factor for substance abuse.

Some ways people have tried to prevent this issue is by establishing alcohol and substance abuse programs and media campaign. Alcohol and substance abuse programs make an effort to meet there goals by implementing as many programs they can in Native American communities. Media campaigns have been helping raise awareness for Native American Communities and also try to help parents and children resist substance and try to help as much as they can. This is an effective way to build a better community, helping those in need, and trying their hardest to help others.

In my opinion, what needs to be done is funding by the government to implement health programs and other prevention programs in Native Communities. The government is one of the main reasons that Native Americans have ended up this way and it’s only right that they help them reach a better destination. One way you can help the cause is by donating money to organizations that help Native Americans battle Substance Abuse. I hope to shine more light on this issue by spreading it over the internet and I hope you will do the same. Native Americans are a significant part of the United States and not seeing enough help given to them shows you how corrupt the system against the Native Americans is.

5 reason why Native American have a higher addiction rate

This is a topic prior to reading this post I did not know much about. The only main point I knew about was the lack of job availability, but I had never thought of the toll that takes on one’s mentality or perception of themselves. That makes Native Americans more susceptible to mental illnesses such as depression which causes many of them to turn to substance abuse, as the post said. I was surprised by the fact that there are so many prevention programs and media coverage of this yet I was not even remotely aware of this until coming across this post. In addition, the statistics mentioned in the middle of the third paragraph shocked me, in terms of the likelihood of a Native American school-aged child having used a substance versus a non-Native. It is imperative that action is taken in these matters, especially because this issue, along with several others they face, stems from the lack of socioeconomic equality.