Students’ Online Speech Should Be Limited! 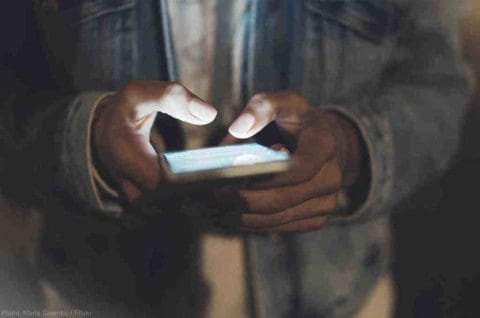 Schools should be allowed to limit students’ online speech because it impacts both students and teachers. Online speech allows individuals to express anything online like email, texting and social networking sites. During the mid-1900s is when bullying became a major issue in the United States. From there American researchers began studying the problem of psychologically abusive behaviors and the harm it creates. In behavioral studies, bullying is now closely linked to suicide and violence. The reason schools should be able to limit students’ speech is because it develops; hostile environment, major conflicts, and is wide spread.

Online speech is used to express yourself but some individuals abuse it and use to express negativity towards others. Through online speech comes bullying and harassment which can then cause hostile environments. In a letter written to school administrators, the US Department of Education Office for Civil Rights asserted that, “Harassment creates a hostile environment when the conduct is sufficiently severe, pervasive [ever-present].” This creates a difficult or uncomfortable environment for students to come. This can also interfere or limited the students ability to benefit from the activities the school offerers.

Bullying may have many contributing factors like depression and reduced self-esteem. Bullying may not only affect students but may also to teachers. A Survey of British School Teachers developed by the Association of Teachers and Lectures and Teachers Support Network concluded that “44.2%” of pupils were the perpetrators of cyberbullying. The survey also concluded that “38.6%” of bullying had an affect (reduced confidence and self esteem). This survey was released on April 5, 2009 chances are percentages have increased by now. Although it may seem relatively common to only students, this can also affect teachers in the same way it affects teens.

Another major conflict is that cyberbullying is widespread all over American and in other countries. It is estimated that 30% of youth in the U.S has been involved in bullying, has been bullied, or has been both. A bar graph developed by the Cyberbullying Research Center on February 2010 concludes, that “25.1%” of females and “16.6%” of males have been cyberbullied in the lifetime. Another demonstrates that “17.5%” and “21.3%” of males/females have bullied in their lifetime. In total 4,374 people were surveyed, but the results would be dramatically different if the whole country was surveyed. With this being a widespread problem shows that most people have been affected by cyberbullying.