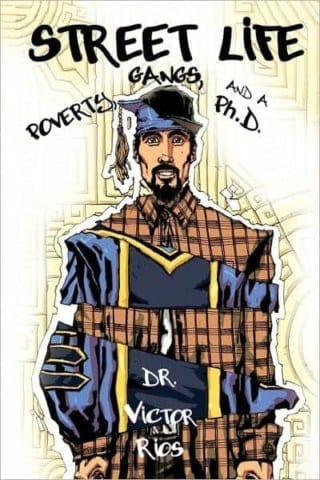 The first type of sensory detail I want to focus on is auditory imagery. In chapter #2, he tells us how his mother was diagnosed with debilitating depression. The sensory detail that follows is “She often took her pain out on me, telling me that she wished she had succeeded in her attempts to abort me.”. The effect this has is to make us feel sad at the fact that his mother wanted to get rid of him.

The second type of sensory detail I want to focus on is auditory imagery. In chapter #3, he tells us how he felt less than human everytime other children called him a bastard. The sensory detail that follows is ”Each time someone called me bastard, my chest shriveled, and my eyes would tear up in anger and pain.”. The effect this has is to make us understand his suffering and sense of being alienated from others.

The third type of sensory detail I want to focus on is auditory imagery. In chapter #1, heb talks about how no one would’ve thought he would end up on stage giving a speech. The sensory detail that follows is ”I am an award-winning sociology professor at the University of California, Santa Barbara. I have a doctorate degree from the University of Berkeley. But I’m supposed to be locked up in a six-foot by nine-foot prison cell at Saint Quentin State Penitentiary, doing twenty-five-years to life alongside my homeboy Rambo. He stabbed someone to death in front of me, when we were 15-years-old.”. The effect this has is to inspire others to work hard to gain success, which it does not matter where you’re from.

Overall, Dr. Victor Rios wants me to understand that anyone can gain success no matter where they’re from. Through every struggle in life it will make you stronger and that there will be a positive outcome eventually.

Bill,
Personally, I have never read this book before, but this post does a really good job of analyzing some of the strategies that the author uses to move the plot along. From what I can tell, this book seems super interesting. I think imagery is a super important part of all the books that we read, and this author seems to do a really good job of using powerful imagery. I hope to read some of your posts about this book in the future!