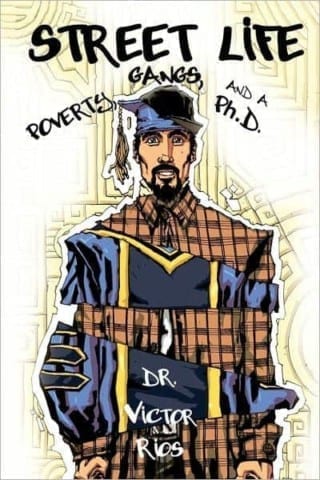 After reading the first three graphs of Victor Rios’ Street Life, I feel reading other chapters about the events he is telling his audience. In looking at the imagery he uses to tell his story, I noticed that he uses Visual and kinesthetic in the first three chapters of his autobiography.

The first type of sensory detail I want to focus on is visual imagery. In chapter 1, Victor gave a speech in L.A in front of a lot of young people. The sensory detail that follows is ’’The entire audience is on their feet! A standing ovation.” The effect this has on visual and kinesthetic because he feels popular, everyone clad for him HE sees himself one day he will be famous where everyone is just talking about him.

The second type of sensory detail I want to focus on is kinesthetic imagery. In chapter 2 he grows up with many challenges. The sensory detail that follows is “to examine the obstacle that I had to face growing up; to explore how I managed to transform my life and overcome adversity” The effect this has is a feeling that he had bad life from past stresses. Worries. Giving up. As an imaginary of feeling a young guy who doesn’t know his dad.

The third type of sensory detail I want to focus on is kinesthetic imagery. In chapter 3, victor curious of his father if his kids wonder about there father so he can have one answer to it. The sensory detail that follows is ”I was also curious to know what my father looked like and how similar we were to each other.”The effect this has is without knowing his dad. Victor doesn’t even know who he is, feel depressed  to what to tell his kids.