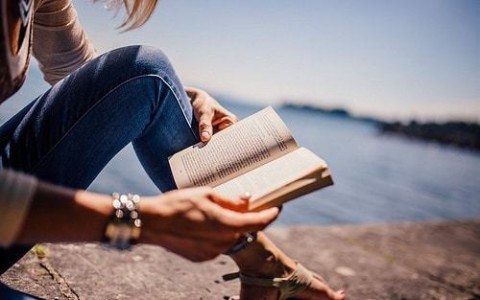 During the 1940’s, specifically during WWII people started to become very interested in mental health. We were mostly noticing how soldiers would come back from war with shell shock. As well as everyone else with other mental disorders such as, depression, anxiety etc. Basically during this age all the psychologists were trying to figure out what mental illness is, why people get mental illness and how to cure it. Some thought drugs, others thought therapy, or an operation called lobotomy which is an incision in the brain. It was a competition, whoever could find the cure of mental illnesses would then deserve a Nobel award. Psychologists were also really focused on schizophrenia, there was not that much information on this disorder. Osmond, a psychologists, concluded that schizophrenia’s turn their adrenaline into mescaline (a psychedelic from peyote). Osmond took this psychedelic so he could get in the mind of a schizophrenic. After this, a whole epidemic of psychedelics started in the psychology unit of the United States. Psychologists would start study LSD, mushrooms, mescaline and tests it on their patients and themselves. They soon concluded that hallucinogens could cure mental health if you have an enlightening time.

Words I don’t know:
Catapult: A device used to launch harmful materials.
Censure: Disapproval of something.
Affable: Friendly person and easy to talk to.
Serendipity: When something that happens when it’s beneficial.
Elated: Making someone happy

This author is talking about the history of psychedelics and mental health. There was actually a time when the CIA experimented with LSD. They made a synthetic kind, sense it was too much money to fly all the way to Switzerland to get the real acid. In the 1950’s almost everyone was trying to figure out these psychedelics.The Osmond-Hubbard-Huxley circle were all intellectuals that believed these hallucinogens could be a transcendent experience, that could change one’s life. Hubbard would use LSD in therapy and it actually cured drug addicts and alcoholics. Some people would have an amazing experience that would change their life for good, others it wouldn’t help very much, then other people would have a horrible scary experience. Although, more than 50% of people who did LSD therapy would get better with their mental health. Famous star Cary Grant dropped acid and he explained to reporters that he was ‘reborn.’ All of a sudden everyone wanted to get ‘reborn.’ Every minute LSD became more and more popular, and the belief that it could really change a person for the better. At the Macy’s Conference all of the scientists, psychologists all agreed on six main points were a) LSD is safe, you could have large amounts of it and there still would not be no tissue damage, b) in therapy, it is effective if you give the patient a small dose, c) the patient will respond well if they are cooperative and conscious (in the CIA people would slip acid in each others drink, without them knowing), d) the patient can experience an ego death but in a therapeutic way, e) this substance is not addictive and can be given repeatedly, it also lasts about twelve hours, and f) patients usually like taking LSD in a dose range.

Jay Stevens is talking about the era in the 1950’s when everything changed. There was new technologies such as, planes, TV’s, radios, the list could go on forever. Then there was the baby boomers living a completely different life than their parents. From 1954-1964 there was four million babies born. It was great because now there was going to be even more job opportunities. Their parents went through the depression and now their kids are going through a huge culture change. I believe there was a culture change because of these new technologies. Music changed to rock n roll, and there was movies of teenagers rebelling causing actual teenagers to rebel. Most of the baby boomers smoked pot, wore ‘different’ clothes and soon later experimented with LSD. The American dream was now about being someone different than the old society.

Questions:
How does these hallucinogens really effect the brain, what is going on with all the neurotransmitters?
Why do some people have enlightening experiences and others have hellish experiences with these psychedelics?
Why did the government make these substances illegal when they experimented with it themselves?
What is the tie between mental illness, the spirit and psychedelics, or is there even a tie between all three?
What is Jay Stevens point he is trying to cross?