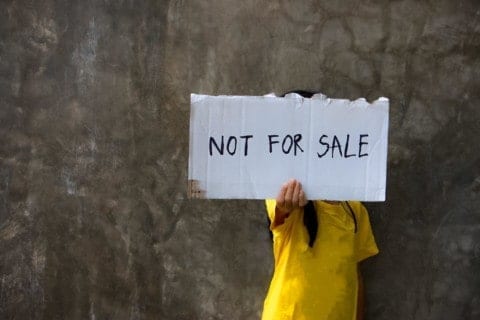 Sex trafficking is an increasingly prominent issue in the United States. The rise of social media usage has led to an increase in internet predators; consequently, more and more young women and men have fallen victim to sex traffickers. A perhaps unexpected business center for sex trafficking is the truck stop. With hundreds of truck drivers coming through these stops, especially at night, victims of sex trafficking are often forced to sell sex to truckers.

The opinion article from The New York Times describes the experiences of truck driver Gary Smith and his involvement with an anti-sex trafficking organization called Truckers Against Trafficking (TAT). Their goal is to educate truck drivers about sex trafficking as well as teach them how to safely report it.

Mr. Smith recounts how he and many other truck drivers were trained to deal with women soliciting sex. They were called “No Lot Lizards” and the truckers were taught to simply ignore them. It was instilled in them that these women were prostitutes who had voluntarily chosen this way of life. TAT educates truckers on the truth. Smith himself has become a speaker for TAT and drivers around the Freedom Truckers Meuseam to educate truckers on the road. Smith also participates in a program called Man to Man. In this program, purposefully “tough-looking” truck drivers have conversations with other truck drivers about why they don’t buy commercial sex.

Not all truck drivers may feel comfortable reporting sex trafficking, but simply refusing the service is an impactful method of resistance. Other men may still believe that the “Lot Lizards” are not victims of sex trafficking. To combat this, TAT and Man to Man simply remind truckers that soliciting a prostitute is illegal in most states, therefore, there is always the risk of undercover police officers posing as prostitutes or advertisements online.

In my opinion, TAT and other similar programs are very cost-effective and impactful. Mobilizing citizens to help fight crime is extremely valuable. In this case, truck drivers are the eyes and ears of the road. Just have a fundamental awareness of sex trafficking has tremendously positive benefits and helps to identify and recover victims.