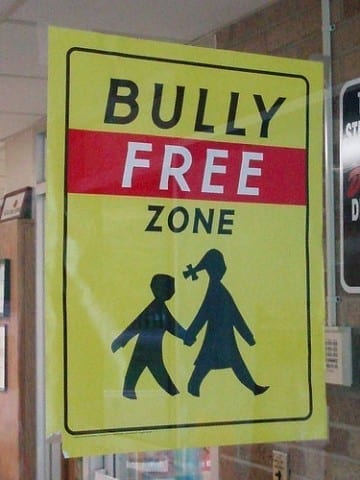 Have you ever been bullied at school before?The definition of bullying is the to seek harm against others or to  intimidate. Based on the research Bullying can cause suicidal thoughts in teens, so schools need to pay more attention to the student by helping students get involved with their interests.

Bullying can create many negative comments like people are giving insults and maybe bullying on social media and can make people commit suicide.  Some students can even get depression so that would make the student antisocial and there is somethings that a teenager would do if they had more depression, They would give the things love the most, get more of a attitude, get more tired. Those are signs of suicidal and how they slowly start getting away from things and how they don’t care of what happens anymore. This information is from a  website about suicide and this organization was inspired by the film named Trevor. This website assists with prevention with suicide and and how you can help out and have edvice to prevent suicide (Trevor Project).

If schools pay more attentions there would be less students getting bullied and if teachers could help out and stop the bullies.Christina Archibald said “I don’t think teachers pay enough attention to students in how they feel because teachers pay attention more to the education rather than the students feelings.Life Academy can improve on how the students feel.” She is trying to say that teachers have to pay more attention on how the student feels.that would help out the student and maybe the bullies can get more of a punishment so that would show the bully that he or she to stop and cut it out. And if the student is getting bullied inside the classroom then maybe the teacher can help out the student and stop the bully and if it keeps happening you can change the students classroom or the bullies. And as I relate to how students can have suicidal thoughts teachers can help out with that  to take the student to a counselor for they can get some help. I had experiences when I used to go to my old school that there would be multiple fights and teacher wouldn’t even know. My brother Brandon he got into some fights when he was in high school

If students can be more in clubs that would help a lot more  because it would help for the student get some friends for they can relate or hangout. And if students get in activities that they like in school or after school then there would be a higher chance that the student would have more friends and be able to talk to more people or other students so that would give the student more confidence. If the student would be hanging with other students that would show that there would be less bullying and more interaction.In an interview with  Juan Pablo an Oakland Resident and Latino American he said “I used to be in a program because I used to not have as much friends so I would go into a program called chess club and that’s how I met jose” (Pablo). Juan got into a program that’s how we both were able to meet.So getting into clubs would work for getting friends if one is by himself and has no friends. So from a website that people give advice about how to help people get friends some are people are talking about how to get friends when they are in college and the advice is sort of like high school and they talk about how you have to express yourself put yourself into the groups like asking if you can sit with somebody at lunch it’s great advice

Schools need to pay more attention to their students because students may have suicidal thoughts if they are being bullied and picked on. If schools include more activities like clubs, students can bond and make friendships and learn to support each other while doing what they love.

“Facts About Suicide – The Trevor Project.” The Trevor Project, www.thetrevorproject.org/resources/preventing-suicide/facts-about-suicide/. It shows how to prevent suicide and how people can help on prevent it. And the website has on for the past 20 years and has a lot of job openings for people that want to help.

Jose, you did a great job explaining that teachers should be paying more attention to what goings-on with the student and not only focusing on education. I believe that parents and teachers should bring their attention to bullying and helping to stop it in schools. There are so many different situations of kids being bullied in school that teachers are not aware of and the student are struggling because of it. There are so many dangerous effects on bullying and the kids and teacher are not taking them seriously.

I am excited by your post “STOP THE BULLYING” because it is nice to see adolescents taking a stand to prevent bullying in school settings, especially since bullying is a common experience for many children and can negatively harm someone’s self-esteem and mental health. One sentence that you wrote that stands out for me is: “If students can be more in clubs that would help a lot more because it would help for the student get some friends for they can relate or hangout.” I think this is crucial because from personal experience, joining a club or extracurricular activity allowed me to interact with people who have similar interests or hobbies as me and created a sense of belonging. Another sentence that I agreed with was “I had experiences when I used to go to my old school that there would be multiple fights and teacher wouldn’t even know.” This stood out for me because there are so many things that teachers are not aware about, such as cyber bullying and fights, that can depict how an adolescent behaves and feels. Thanks for your writing. I look forward to seeing what you write next because you are very insightful and care a lot about the topics you are discussing.

I am impressed by your post “STOP THE BULLYING” because it is not okay. Children should not have to experience bullying everyone should be able to go to school and not be afraid that they will experience such a hard time. I think it’s very important to address bullying and make sure that all students are safe. Where students are taught not to bully but to create friendships and bond with their peers.

A sentence that stood out to me is ” … there are so many things that teachers are not aware of, such as cyberbullying and fights, that can depict how an adolescent behaves and feels ” The reason this sentence got my attention was that I also agree how many teachers need to be more aware of their classroom and students. Where staff needs to be more aware of what happens on campus. Because there can be students getting bullied and if no one speaks up for them, then more likely the bullying will continue especially if there is no staff watching over them. Bullying needs to stop! Because it can lead to extremely drastic actions such as the victim committing suicide. This action should never cross a person’s mind. Bullying must end. Create friendships instead.

Thanks for your writing. I look forward to seeing what you write next because I totally agree that BULLYING NEEDS TO STOP ! I would like you to continue telling about your country.

Jose, I thought you did a great job of bringing attention to bullying, an issue that is well known, but few people do anything about it. I also thought it was interesting how you had a call to action. I agree that teachers, parents, and peers need to look out for bullying. Maybe purpose more options to contradict and prevent bullying. Here is an article you might find interesting. http://www.nea.org/home/72595.htm. It dives into the steps that can be taken to do this. Overall great job!
-Anna Drossos

this was a beautiful,thoughtful post you left for readers. this give us a heads up and let us look around on whats going on in our society today.I hope a bully bumps into this . thank you for having this thought.

I really like how you looked at bullying from a lot of different angles. You gave, not only consequences that can happen as a result of bullying, but also ways to prevent it in the first place. Though these solutions are a really good start, how can we really look at the root causes of bullying and try to destroy the root of it? Here is an article that discusses the roots of bullying and some possible reasons that it goes on in schools http://www.veanea.org/home/940.htm

I appreciate that you not only highlight a very real issue but that you also give accessible solutions to improve the situation. I think that you are right about teachers and other school staff members having to be more conscious about paying more attention to how the students are doing. I encourage you to look into how can this be done in the classroom itself not just in extra curricular activities like clubs. That being said I do think that clubs are a great way to give students an opportunity to develop friendships and lessen the tension amongst them. How would you suggest creating clubs that the students would want to join?