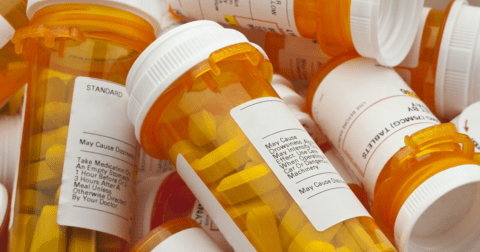 “Painkillers, such as Vicodin and OxyContin, are the most abused prescription drugs. These drugs can produce effects similar to heroin”(Turning point center). Heroin. No one would prescribe Heroin, so why are we prescribing these other drugs? Pharmacies and Health Care Workers produce and prescribe painkillers knowing the harmful risks.

Based on our research we found that opioids/painkillers cause a lot as harm as well as good and now it is time for pharmacies and health care workers to stop prescribing opioids as pain killers because of the dismal effects it has on patients.

Opioids/painkillers have impacted children’s lives in a negative way. In an article titled “Opioid pills ‘are like guns’: More than 13,000 children were poisoned during six-year period” by Ariana Eunjung Cha, she talks about how drugs are surpassing the death rate of guns. Ariana Eujung Cha brings up the fact that many children are getting opioids and it’s negatively affecting their health. She writes “According to an analysis of discharge papers collected every three years from a representative sample of pediatric hospitals nationwide, 13,052 children were hospitalized for poisonings from opioid prescriptions of Oxycodone, Percocet, codeine and the like during six years between 1997 to 2012. Of those, 176 died” (Cha). Opioids are affecting these kids in such impactful ways. We need these pain killers to stop being prescribed or their needs to be a change in what goes into the opioids so it does not continue to hospitalize children and take their lives too.

Not only do opioids hospitalize children but it also changes peoples lives in a terrible way. In the article titled “Former homeless addict now working with drug task force in San Francisco ” by Maureen Kelly, they talk about how this father now works with a drug task force to come up with ideas on how to handle the drug crisis that’s currently happening. The article is more of an interview so the father himself brought up the fact that he had easy access to drugs.The author states “The married father of two says an injury for which he was prescribed oxycodone sent him down the rough road of addiction. He lost his family and his job and turned to a life centered around the corner of Golden Gate and Hyde where hard drugs are easily bought and sold” ( Kelly). He put his trust into the hospital, hoping to heal from an injury but in the end he became a drug addict. This is why health care workers should not prescribe these pain killers or they should substitute painkillers with something else as helpful but less likely to make someone become addicted to drugs. This father is no longer a drug addict; he overcame his addiction. But what about the people who haven’t; the people who can’t speak up about what happened to them because they are currently addicted. We need painkillers to stop being prescribed in general, or we want them to be substituted with something else that’s beneficial to a person but wont make them a drug addict and ruin their life.

We hypothesized that not a lot of participants would have proper knowledge on drugs. My group and I designed a survey to learn more about our community regarding drugs. We made a 15 question survey and had 20 responses. The results of our survey showed that the majority of our participants know or knew somebody who abuses drugs. Drugs not only affect the person abusing but also the family and friends of that person. This survey brought up the fact that our community needs more knowledge in how to help people who overdose, 60% of the participants don’t know what to do when someone overdoses.

Figure 1: Percent of participants that know how to help in an overdose. We asked 20 people if they knew how to help when someone overdoses and 60% said no. This is significant because people need more education and overdoses are common. 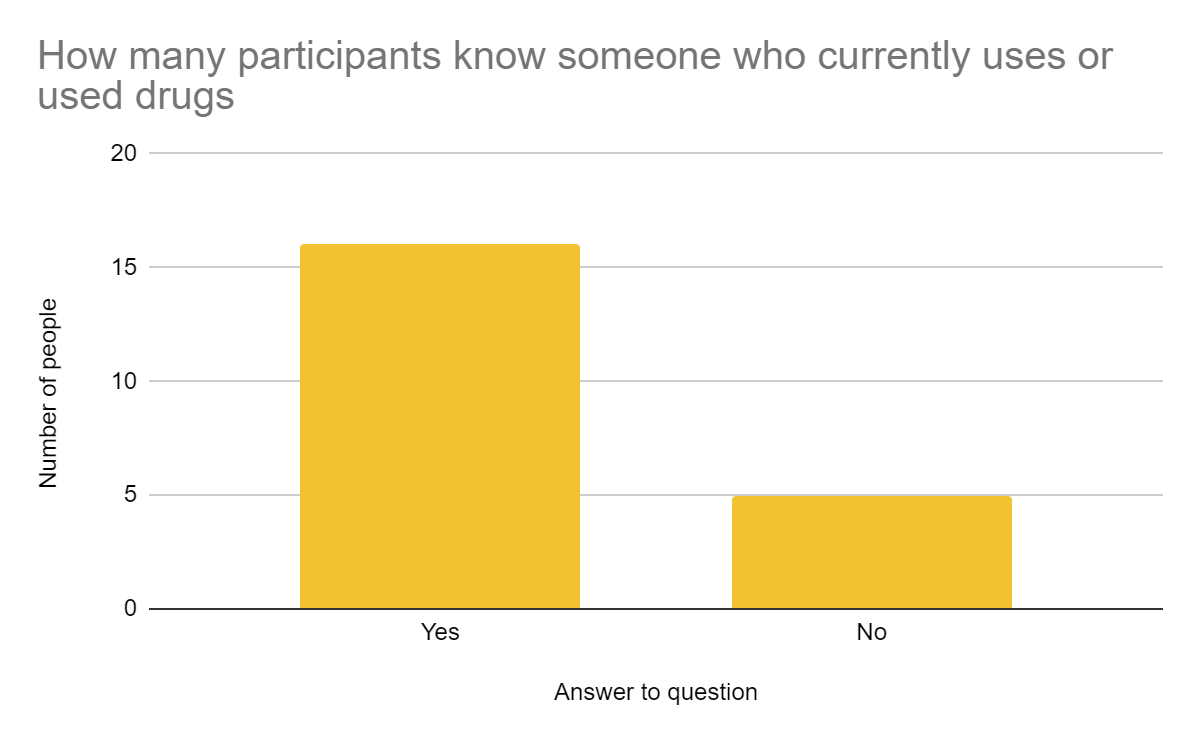 Figure 2: Number of people who know someone who currently uses or used drugs. Out of 20 participants around 17 said they know someone who used or uses drugs. That’s more than half.This is significant because it shows us how big of an issue drug use is. 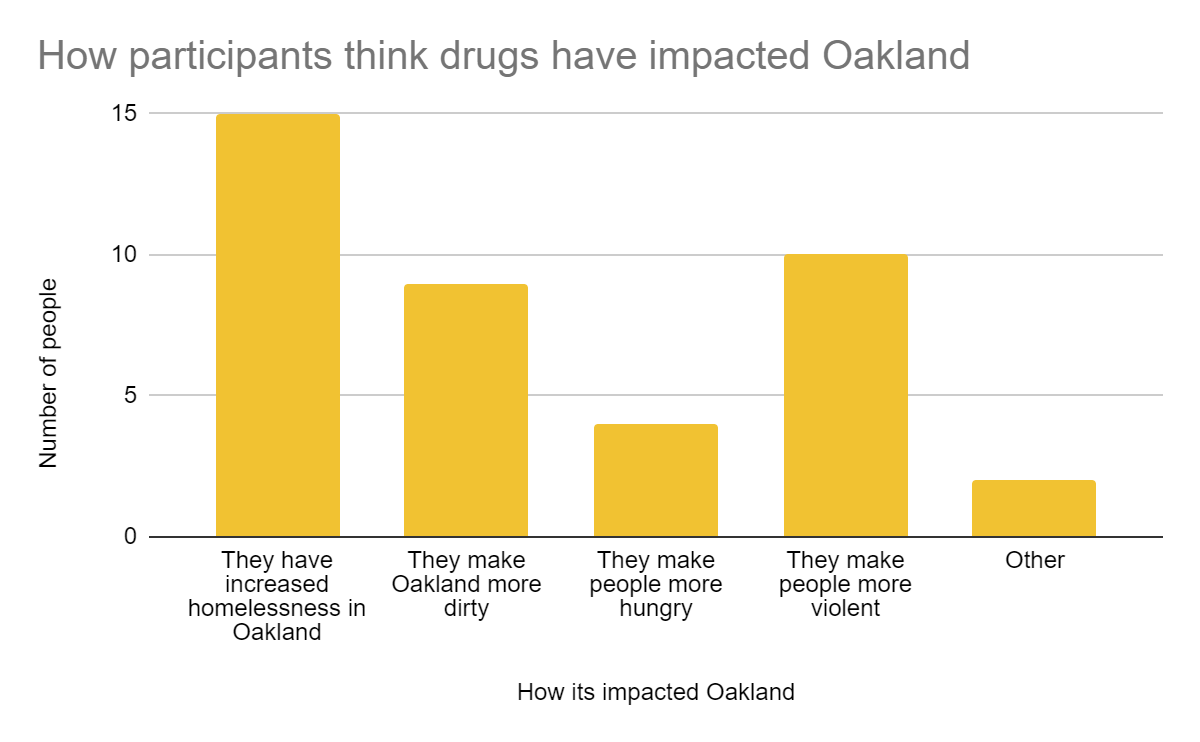 Based on research the best way to be a health advocate is by educating our community and conducting  more research on the opioid crisis.

After getting the survey responses back I noticed that our community needs more education on how to help someone during an overdose. Over half of our participants know someone who used or used drugs and more than half don’t know how to help during an overdose. Educating our community on how to help people that overdose can help us overcome that knowledge gap of not knowing how to help. Educating everybody about the downside of painkillers can help us overcome children and adults being hospitalized due to painkillers and getting addicted to drugs. To educate our community, health workers included, I’m going to make two separate flyers. The first with information on how to help someone that is overdosing which is for everyone. The second one is specifically for healthcare workers and pharmacies, regarding the fact that painkillers aren’t as good as they make them to be. I’m going to post this information on my social media so I can get word out to more people. This aim costs no money, but getting people to actually look and read what I posted would be difficult.

Aim #2 Without shelter in place: Speak to pharmacies and healthcare workers and put the flyers in other places outside.

Aim #3 With no limits: Have research be put into painkillers, have painkillers be switched with marijuana to lessen the chances of becoming addicted to drugs.

We plan on measuring success by seeing how many people view my story and by seeing if anybody reposts the flyers on their social media too. I will also know if we were successful if we were able to get through to pharmacies and health care workers by being able to talk to them in person.

Thank you for listening to my concern regarding prescribed painkillers. We hope that you read thoroughly and listen to what I’m saying so we can reduce the number of drug addictions and hospitalizations.

Cha, A. E. (2016, October 31). Opioid pills ‘are like guns’: More than 13,000 children were poisoned during six-year period. Retrieved from https://www.washingtonpost.com/news/to-your-health/wp/2016/10/31/opioid-pills-like-guns-more-than-13000-children-were-poisoned-during-six-year-period/

Hello Dayanara,
I am in shock with your essay “Stop prescribing addicting opioids/painkillers
” because I’ve read your documentary and learned a lot from it, I did not realize that those medicines are just like drugs and can be as addictive as the actual drugs. As I read throughout this text I realized that we are being conducted to getting drug addictions without even knowing, when receiving “pain killers” that are basically drugs to do not feel pain.

One quote that stands out to me is “No one would prescribe Heroin, so why are we prescribing these other drugs?” I think this is very expressive because is saying that if you do not allow drugs like heroin to be sold yet they sell medicaments that are drug or contain drug substances.

Hey Dayanara, I understand where you are coming from on this article about addicting drugs. But also these drugs treat a lot of health conditions and without that what are we supposed to do. You may say that there is other drugs that may help but what if there not as effective. All prescription drugs are useful to the people and all. I agree there is addictions but like whoś fault is it really that gets addicted its not the pharmacists or doctors who prescribe it. It’s the people using it that gets addicted.

This is a great post. It really helps people understand real life issues going on.

Dear Dayanara :
I am shocked by your article, stop prescribing addicting opioids/pain killers, because it was a harsh topic to cover yet something we need to talk about.
One sentence you wrote that stands out for me is: “Drugs not only affect the person abusing but also the family and friends of that person. ” I think this is powerful because many of those who are addicted don’t even see that they are hurting themselves and others.
Thanks for your writing. I look forward to seeing what you write next, because your writing is powerful.
Zach R

I love your post. This is a real life issue that needs to get solved. I am emotional towards these topics. I applaud you for talking on this topic and your opinion on this topic. I look forward to seeing what you post next.