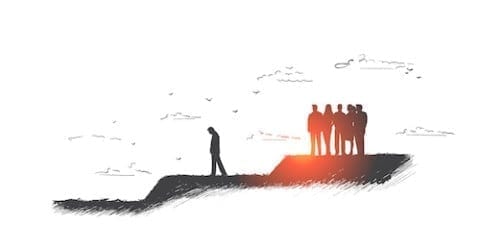 Why is mental health important to me ?

Mental health has always been stigmatized since forever , many people live with mental health issues some may not even know the correct terminology to what they are going through and believe they are going crazy , when in reality they are not and it makes it worse when someone tries to speak up and it’s taken as a joke even worse when society lacks empathy surrounding the topic and it becomes the biggest barrier to recover or accepting it , the media contributes to the isolation and misinterpretation of mental health , if society tries to get educated on it and realize that is a normal and very delicate topic then maybe society would be better maybe there would still be people here maybe society would be a more open space for people to share their problems but until then people would still keep things inside and lose their mind wanting to share and free themselves  from their mind and recover from disorders ,all society does is have inaccurate and glamorized depictions of mental health until they take it seriously and represent it as it is then it would continue to be a problem . Until its treated with kindness then it will get bigger and bigger .

Why is it stigmatized ?

I would like to know why is mental health not taken seriously ? why is so stigmatized for over centuries , why is it that when someone speaks up is taken as a joke or ignored or belittle making the person regret their decision making it worse , why are people afraid of admitting their feelings , why do people push away mental illness , why do people dehumanize it when its a natural thing , why are people so afraid of it , why can’t people admit that it’s okay to have feelings and reach for help , why is it viewed as weakness when its a natural thing we’re made of , it is not weak to admit your feelings it is weak to not admit them, why is it so stigmatized all over society , family , friends etc  , there are many different types of mental disorders informing on why we feel the way feel so why can’t people research and inform themselves , what are the disorders not talked about enough ?

For example : In this document i’ve found a quote that describes shortly how society has stigmatized it

“This is because society in general has stereotyped views about mental illness and how it affects people. Many people believe that people with mental ill health are violent and dangerous, when in fact they are more at risk of being attacked or harming themselves than harming other people. ‘’
Source : https://www.mentalhealth.org.uk/a-to-z/s/stigma-and-discrimination

Dear Mariely,
I am very happy about your post, “Stigma,” because I believe mental health is an important issue to talk about. I believe it’s something that should be talked about more with everyone. One sentence you wrote that stands out for me is, “if society tries to get educated on it and realize that is a normal and very delicate topic then maybe society would be better maybe there would still be people here maybe society would be a more open space for people to share their problems…” I think this is powerful because mental health is something that people still take as a joke and don’t know how serious this really is. Thank you for writing. I look forward to seeing what you write next because Based on the topic today I can tell you want to make a change. Hopefully, with the topic of mental health you wrote, people can start talking about it more and can help those in need of help who still feel like they don’t have a voice.

I liked how you formatted your essay with a whole paragraph dedicated to asking the questions no one wants to acknowledge. It really gave me a better understanding of the topic as a whole. Additionally, I liked how you included a quote from a document to help support your argument. The quote gives further information for the reader to understand the topic.